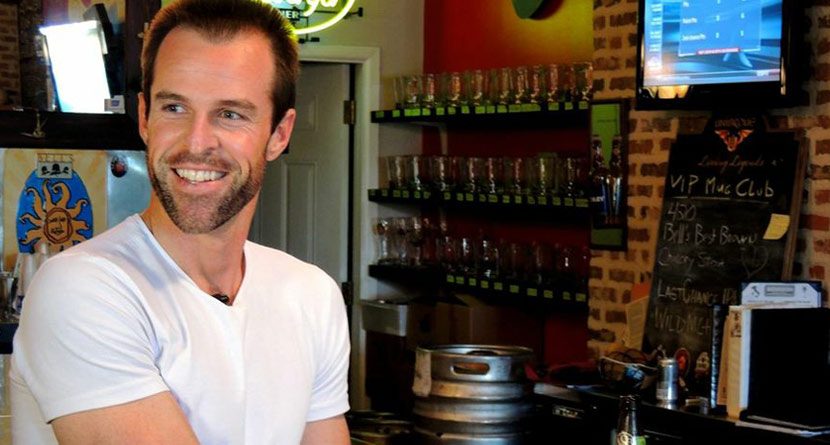 As the month of June descended upon me, I figured the optimum way to commence proceedings was with a Hoptimum from the Sierra Nevada Brewing Company out of California.  Just like the name says, this beauty packed a great deal of punch at a sturdy 9.8% ABV.

Although I’m merely halfway through my 2013 beer trials, I’ve managed to sample in excess of two hundred various beers from around the globe.  Over half of these have come from the booming craft beer scene here in the United States and I’m continually fascinated by particular regions that are having a significant impact on the market.

The ones we often talk about are the staples or beer hubs of Portland, Denver and San Francisco. But there are truly wonderful things occurring all over this great country with regards to the quality of beer being produced. This is a testament to the time and effort brewers are putting into their work as well as the emphasis they place on making sure that their product is nothing short of first class.

In the first week of June alone, my palate has been exposed to some delicious beverages ranging from the Ommegang Hennepin Farmhouse Saison (seasonal) in upstate New York to a certified Organic IPA released by the Eel River Brewing Company in northern California.  The Ommegang Hennepin contained more of a wheaty, sweet aroma but was delightfully refreshing even at a high 7.7% ABV.

If I informed the casual beer consumer that I was drinking a beer that came with the label of being certified organic, I’d be sure to receive some strange looks and there would be no shortage of sarcastic remarks.  However 2013 is all about expanding my knowledge and the IPA that this lesser known brewery produces is sensational.  A very clean finish mixed with aromas of citrus and caramel make this one fine beverage.

This past week also saw me make a return to a beer that was frequently found in a refrigerator wherever my travels took me – Sapporo, a Japanese malt lager that lives in the shadows of the more popular Asahi, but still deserves some high praise.  Whenever I am dining out on sushi, which is a regular occurrence, I generally want something crisp, dry and refreshing that is going to compliment my food and Sapporo fits the bill perfectly.

As my horizons are continually broadening in the world of beer and life in general, it’s my hope that I can provide an insight that displays how stepping outside your comfort zone can bring experiences and memories that wouldn’t typically exist by remaining insular.

I look forward to bringing more of my recent observations to the table in next week’s edition and stay tuned for the world premiere of ‘Ports & Pints’ next week.