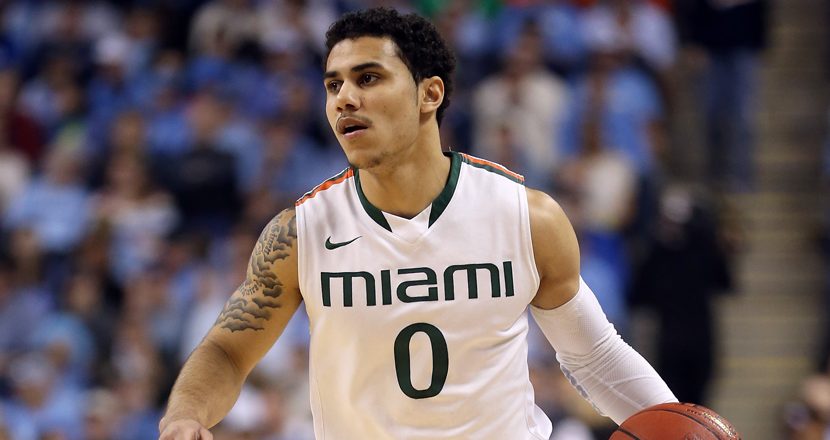 Year after year I sit there and kill myself over who I’m picking, and every year my bracket is a complete disaster.

It doesn’t matter if I pick favorites, underdogs, whatever. I’ve almost never done well in any pool. Until last year. Last year was the first year I didn’t watch any coverage and all I did was go with my gut instinct based on the games I’ve watched and what I actually (think) I know.

So, let’s figure out who is going to playing for it all in Atlanta at the Final Four:

Assuming what I have filled out in my bracket actually pans out, Saint Louis will have to defeat No. 1 Louisville in the regional semifinal.

Louisville has been a tough team to figure out this year. After getting off to a hot start, the Cardinals started to slip a bit in the second half of the season. With three straight losses to Syracuse, Villanova and Georgetown, it looked like Louisville was trending in the wrong direction. However, the Cardinals have won 13 of their last 14, with the only loss coming in a 5-overtime thriller at Notre Dame.

Enough about Louisville. The reason I am picking Saint Louis is because I think they not only have a complete team, but they force their opponents to play an uncomfortable style of basketball. They guard the ball as good as any team in the nation, and will force opponents to play defense for 25-30 seconds every trip down the floor. The Billikens are playing inspired basketball as their former coach, the legendary Rick Majerus, died less than a year ago. They are a veteran group led by point guard Kwamain Mitchell at the helm.

Look for Saint Louis to grind it out and make a run to Atlanta. Or, with my luck, they’ll lose to New Mexico State on Thursday.

I am not impressed with Gonzaga as a No. 1 seed. I look at their schedule, and I don’t see any mind-blowing wins. In fact, I think the winner of the Pittsburgh-Wichita State game will take down Gonzaga in the following game.

New Mexico potentially taking on Ohio State in the regional semifinal is an interesting one. If New Mexico can get by the Buckeyes, however, I fully expect Steve Alford’s squad to be in Atlanta. They, like Saint Louis, are a veteran driven group that plays with the discipline that made their coach such a great player. People may not be familiar with them, coming from the Mountain West Conference, but the Lobos are legit and are a tough team to bet against in my opinion.

The cliche is guards win games come tournament time. Historically speaking, you’re only as good as the guys handling the ball when you get to March.

Look back at teams that have made runs in recent years: Connecticut with Kemba Walker, North Carolina with Ty Lawson and Duke with Nolan Smith. Michigan’s Trey Burke and Tim Hardaway Jr. are two of the best guards in the country. Burke, the Big 10 Player of the Year, is eerily similar in style to a Kyrie Irving. His ability to create for himself and others makes Michigan a very, very dangerous team.

If he and Hardaway Jr. can get it going for consecutive nights, look for the Wolverines to take out Kansas in the regional semifinals and then beat a tough, gritty Florida team in the Elite Eight to earn a spot in Atlanta.

I don’t think I’ve ever understood something less than I understand Miami being a No. 2 seed. They are the ACC regular season and tournament champions, but it seems like the tournament selection committee refused to give them the credit they deserve.

Miami is more deserving of a No. 1 than Gonzaga but, that’s neither here nor there.

Led by Shane Larkin, the son of Hall of Fame shortstop Barry Larkin, the Hurricanes are a scary squad. Larkin pushes the tempo and is surrounded by two potential NBA first-round picks in Durand Scott and Kenny Kadji. Like I said, guard play is going to win you games in March and, as they proved in Greensboro during their ACC Tourney run, the ‘Canes are more than capable of running teams out of the gym. Look for Larkin and Scott to have huge games throughout and lead Jim Larranaga’s ACC champions to the Final Four.

So, this leaves us with Saint Louis vs. New Mexico and Michigan vs. Miami in the semifinal games.

I love this game, matching two teams with similar styles that want to play physical, meticulous basketball. This will be a real dog fight. The Billikens miracle run continues as they squeak by Alford and the Lobos and move on to the Championship Game.

I’m really torn here. I love both of these teams. Trey Burke and Shane Larkin are two of the top three or four point guards in America. Tim Hardaway Jr. and Durand Scott are two of the premier wing players in America. These two teams will run and gun and be completely dependent on their offense to win.

My heart tells me to pick Michigan because I’ve been an apologist of theirs for the entire season but, I think the Hurricanes will prevail. I really hope this game happens because it will surely be a classic.

Again, I am forced to choose between two teams that I have been standing behind all year. Saint Louis’ brand of basketball is the type of stuff that wins championships. They play defense like few other teams in the country but, I don’t think they can handle Miami athletically. I think the combination of Larkin, Scott, and Kadji will prove to be a bit too much for the Billikens to handle. The Hurricanes will be cutting down the nets in Atlanta.