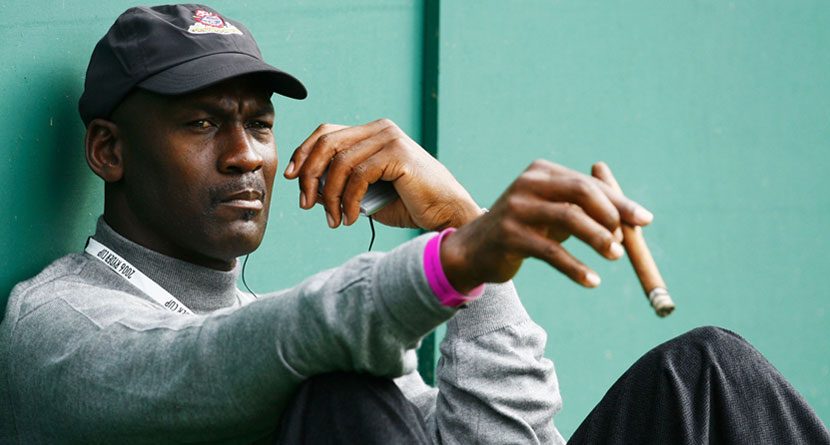 If you’ll remember a couple months back, Michael Jordan was a guest on Back9Network’s AHMAD RASHAD and said that President Barack Obama could, well, use some improvement in his golf game

As you might imagine, the comment blew up, getting coverage everywhere. Seriously, who could resist? The leader of the free world in a spat with arguably the greatest thlete of all time — over golf? Juicy.

Obama fired back soon there after, but now it looks like he’s trying to bury the hatchet.

“I’m gonna forgive [Jordan] … because I’ve got six championship memories that will never go away,” Obama told ESPN in reference to the six NBA titles Jordan won while with the Chicago Bulls. Obama, obviously, is a Chicago native and a Bulls fan.

So, with the hatchet buried, will MJ welcome President Obama into his foursome? Tune in next time…