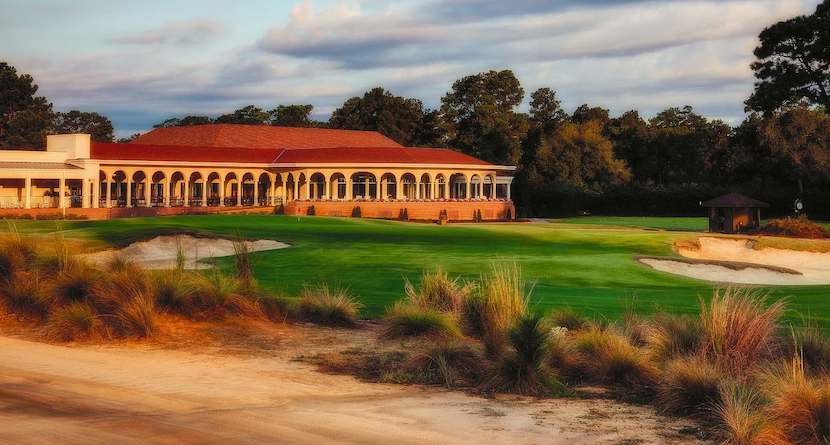 Ten years ago, in the heart of the last recession, several doomsayers projected the demise of private golf clubs.

The media was rife with stories about high profile clubs in and around major cities that were shuttering their doors forever. Our own research, even as recently as 2011, showed more than half of those at private clubs reporting that their facilities were experiencing a net loss in membership, as overall inventory of golf facilities began to exhibit net contraction that was in many ways a byproduct of both the economics of that time period as well as a huge ramp-up in the wrong type of supply that preceded it.

Alongside the general contraction, the private club industry began to reconfigure itself. Some migrated away from an equity model. Others opened their doors to limited public play, while many began aggressively discounting membership fees and introducing entry-level teaser deals aimed at attracting a new generation of members.

Another trend that we continue to follow closely is the evolution and re-invention of private club offerings, where a mix of new amenities and programming became part and parcel of a club environment that began to evolve into more of a mix of the amenities of home, office and special enclave.

Ten years later, those clubs that survived have transformed themselves into a new state of equilibrium, accompanied by a redefinition and a relaxation of its formerly staid and stuffy stereotype.

In our just-released 2020 omnibus study, we continue to see things settling down in the private club world as fewer members express strong feelings that their clubs should make aggressive changes. Only 37% of these members surveyed last month, strongly support aggressive changes, a significant decrease from where we were a decade ago.

Of course, a majority of those surveyed still believe that private clubs, in general, need to act decisively, though that is also down in a meaningful way over the past five years, when six in ten felt this way. Clubs continue to work towards attracting younger members, though at a slower pace. 51% report that their club has made a concerted effort to get younger in recent years. Nearly six in ten reported the same, just six years ago.

Programs for women and children have emerged as a growing point of emphasis, with the former now at an all-time high, after experiencing a five-point uptick in just the last year. There’s still a long way to go here, and I’ll share some of our specific findings on golf’s gender challenges in a future column. But suffice it to say that the industry is no longer turning a deaf ear.

In many of the studies that we’ve conducted in the private club space, we’ve seen facilities upgrading and modernizing food and beverage venues and menus, adding spa and health club type amenities as well as modernizing clubhouse offerings in general to meet the needs of a membership with a diverse range of interests that go well beyond the golf course.

In lockstep with the changing emphasis at private clubs, new family-oriented non-golf programs have been instituted at a quarter of private facilities in our most recent study. To paraphrase Century Golf’s CEO Jim Hinckley at a panel that I conducted at the Golf Inc. Conference this past fall, the golf product is just one of the many areas of programming that private clubs need to offer to invigorate today’s members.

Fortunately, our research shows that financial pressures continue to ease. We’ve seen those concerned about their club’s financial stability fall from over a third in 2013 to just over one in five this year. Similarly, there has been an easing in those clubs who have aggressively reduced membership costs. As recently as 2014, 35% of those in our survey reported that their clubs had aggressively reduced the cost of membership in recent years. In 2020 the incidence of those clubs doing so has dropped to just 20%, offering further evidence that with re-invention of the product, more clubs have been able to reassert their value.

The results are most evident in our ongoing assessment of membership rolls. Less than 10 years ago, more than half in our survey reported a net membership decrease with less than one in five showing growth. Today, we are seeing a stabilization as those growing their membership have risen to an all-time survey high of 40% versus only 23% who report a net contraction.

Our ongoing work with the American Society of Golf Course Architects also supports these findings.

Just last week, I presented the latest findings of our annual Trend Watch Study at their inaugural Winter Meeting, conducted in conjunction with the Golf Industry Show (GIS). The Trend Watch research is drawn from a study conducted with golf facility operators as well as architects and superintendents, to track renovation development among other key measures.

Within Trend Watch we’ve found a continued focus on amenities like ranges and practice facilities, catering to more compressed time demands of members. We’ve also seen a greater focus on Master Planning as more facility operators move towards an evolving model of the country club of the future.

This is truly no longer your father’s country club, and that bodes well for a more economically viable model.