The Unbelievably True Story of ‘The Perfect 18’ 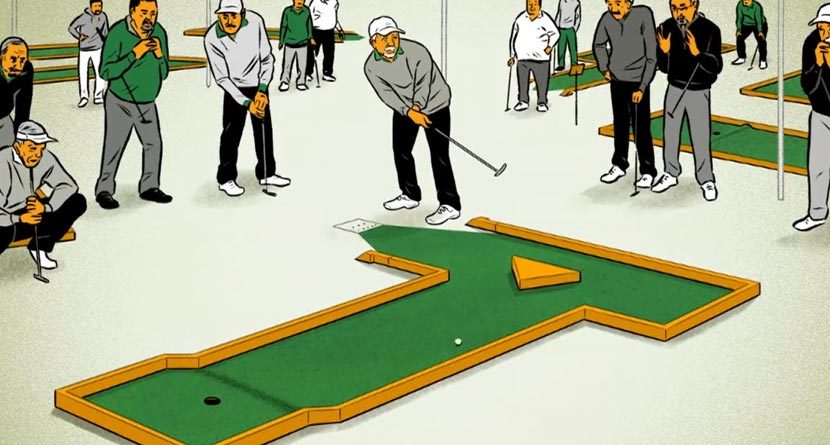 Other sports have their version of the perfect game. In bowling, the number you need for perfection is 300, and according to a New York Times article, the number of perfect games rolled has seen a “3,700 percent increase in 30 years.” In baseball, a perfect game requires a pitcher to record 27 consecutive outs. In MLB history, just 23 have been thrown, the most recent one by Felix Hernandez in 2012.

In putt-putt, the elusive number is 18, and that’s only been done three times. That’s right, just three. The most recent putt-putt perfect game came on April 9, 2011, by Rick Baird. It’s the subject of a short documentary on Grantland.com.

One thing many people don’t know is that there is a difference between mini golf and putt-putt golf. Mini golf is the more absurd version with par 3s, windmills, water hazards, jumps and other obstacles in the way to prevent you from putting the ball in the hole. Putt-putt golf is a more serious version where each hole is a par 2 and every hole can be made, as Rick Baird proved, in one stroke, provided the perfect shot is struck.

I know I’m not the only one who has wondered aloud about whether or not there was a professional putt-putt golf tour and how I could join. The answer is yes, but there’s no way I or any of your frat-house friends could either.

As Daryl Freeman, the owner of a round of 19, says of putt-putt golf, “It’s a skill, it’s an art. Try it sometime if you don’t believe me.” Related Link: This Mini Golf Course Made Out of Snow is Amazing