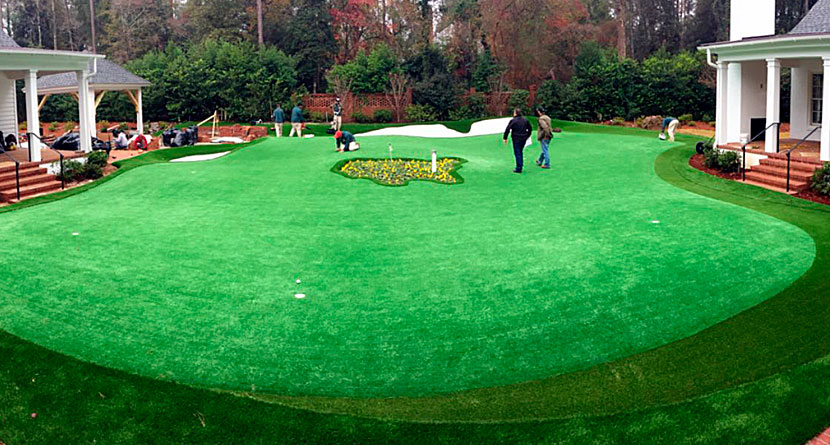 We’ve seen some pretty great golf-inspired backyards pop up at the homes of celebrities and athletes over the years, but when it comes to major championship-themed backyard putting greens, the Dave Stockton Jr. is the new leader in the clubhouse.

Dave Jr. and his father, Dave Sr., are two of the most well-respected putting gurus in professional golf. As such, they needed a home practice facility to match, especially for guests during the biggest week of the golfing year. Making his home in Augusta, Georgia, it only made sense for Junior to pay homage to the Invitational that is held in the same city every April. The best part about the whole thing? Whenever the mood strikes to go out and stroke some putts, the Stockton’s did it right and are making it possible to use at night.

@ShultzDave @BackNineGreens it has LED lights in the cups and around the green. Gonna look great at night too.