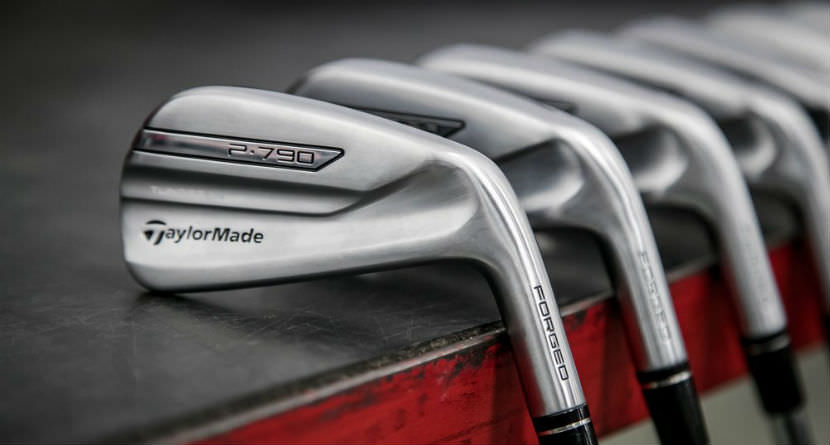 The latest golf manufacture showdown may have already begun. On Tuesday, it appears PXG has filed a lawsuit against TaylorMade for patent infringement from their new P790 irons. PXG CEO Bob Parsons broke the news himself when he tweeted that the company sued TaylorMade in Federal court on Tuesday.

My Golf Spy’s Chris Nickles explains how this is a turning point for PXG and breaks down the legal battle that could potentially unfold.

While neither TaylorMade nor PXG has offered any official statement, one has to think the basis for the suit has to do with the injection filled, hollow-body construction that is the foundation of most PXG products. While PXG uses thermoplastic elastomer and TaylorMade uses a TPU-based SpeedFoam, if the patents are broad enough, the material won’t matter. This case will likely boil down to process and construction, not the material composition of the goo.

Some knee-jerk pundits and keyboard jockeys will (and already have) falsely label Parsons a “jerk” or “bully” based on the limited information shared in his tweet. Not that the Twittersphere is a place where people ever cast false aspersions, but let’s be clear – Bob Parsons had to do this, if for no other reason than to make it abundantly clear, he’s not going to be pushed around by any company, big or small. His entire golf business is built on this technology, if somebody else can use it, it’s a problem.

Failure to protect the defining technology upon which PXG clubs are based would invariably open up the floodgates; leaving the technology free for any OEM to mimic or copy without fear of recourse.

With Parsons pursuing a suit, a line has been drawn in the sand. In protecting the primary asset, Parsons removes any doubt as to his position or the lengths he’ll go to secure the viability of PXG’s defining technology.

Moreover, it’s a proxy statement within the industry of David defending himself against Goliath. Often smaller (by market-share) OEM’s can’t swallow the massive legal costs necessary to engage in what could be a prolonged, and costly, legal process. Financial resources don’t pose the same issue for Parsons.

Should PXG prevail, it would be a massive blow (and more than a little embarrassing) to TaylorMade’s efforts to regain momentum after losing its position atop the industry this year to rival, Callaway.

That said, it’s reasonable to think a drawn out legal battle is exactly what TaylorMade’s new owner (private equity firm KPS Capital purchased TaylorMade for $425 Million in May) wants to avoid – and should it want this matter to disappear quickly, that would likely work in PXG’s favor.

The upside for TaylorMade, and indeed the risk for PXG is that consumers may link the two technologies. If PXG is viewed as the same as TaylorMade, its perceived performance advantage would be significantly and perhaps irreparably diminished.

To be certain, golf companies sue or threaten to sue, each other with alarming regularity. To no small degree, the action itself cements PXG’s position within the industry. It’s now part of the status quo.

Stay tuned. Things seem to be just heating up.