PXG vs. TaylorMade: PXG Fires Back 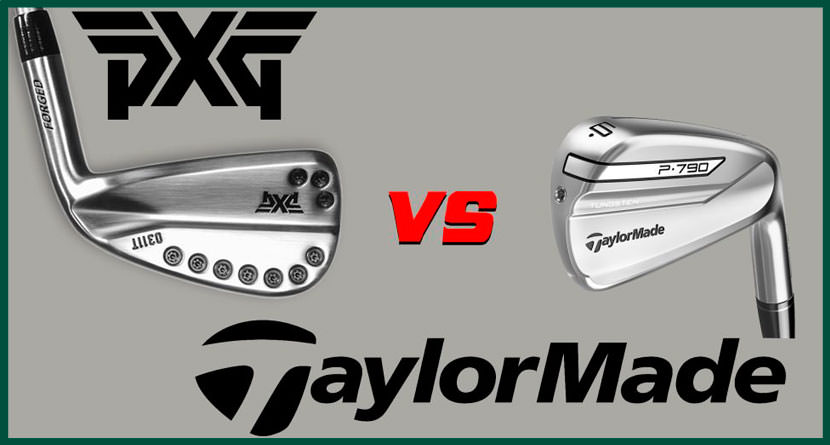 The latest punch in the PXG vs. TaylorMade legal battle was thrown by the Scottsdale, Arizona-based Parsons Xtreme Golf earlier this week. Responding to TaylorMade’s countersuit last week, PXG doubled down and even expanded their allegations against the Carlsbad, California-based O.E.M.

GolfDigest.com’s Mike Stachura has been sifting through the legal documents at each turn in this case and he explained what the latest filings mean and where the case is likely headed.

In the ongoing legal volleyball match between PXG and TaylorMade, the latest spike comes from PXG.

In court documents filed Monday, PXG amended its original complaint of patent infringement against TaylorMade and its P790 irons. The new version not only includes more specific descriptions of where PXG believes the P790 irons might be infringing, it adds three more patent-infringement claims. That means PXG is now accusing TaylorMade of violating 11 of its patents. Last month, TaylorMade denied violating any of the original eight PXG patent claims and asked the court to invalidate each of the PXG patents. In its countersuit, TaylorMade also accused PXG of violating seven of its patents.

In the new claim, PXG’s lawyers, led by Brian Lacorte of Ballard Spahr’s Phoenix-based firm, detail how the hollow, multi-piece construction of TaylorMade’s P790, including its polymer foam filling, feature elements described in PXG’s patents. The PXG patents all relate to its current lineup of 0311 irons.

Among the specifics in PXG’s amended claims of three additional patent violations are references to the amount and location of the polyurethane “SpeedFoam” material injected into TaylorMade’s P790 irons, as well as the relative strength of the steel used in the P790 irons.

For each of the amended eight claims of patent infringement from its original complaint, PXG includes a paragraph that states, “the evidence will likely show that TaylorMade not only knew, or should have known, [about the patent], but also that TaylorMade knew (or was willfully blind to the fact) that its conduct infringed…, that it lacked any reasonable defense to infringement …, and that TaylorMade’s egregious conduct was the sort of wanton conduct that stands out from other patent cases and rises to the level of willful infringement.”

“While TaylorMade respects the intellectual property rights of others, we will continue to defend ourselves vigorously when someone falsely accuses us of infringement,” the company said in a statement.

The new PXG filings would bring the total number of patents now at issue to 18. That’s potentially high for one case, said Allan Sternstein, professor of intellectual property and director of the IP and Entrepreneurship Clinic at the University of Arizona.

What’s likely not going to happen in the immediate future is much of anything other than TaylorMade’s legal team from D.C.-based intellectual-property litigation firm Sterne, Kessler, Goldstein and Fox responding to the more detailed PXG complaint, as well as the new patent allegations. That response, of course, could yield another response from PXG.

What is definitely on the schedule is a pre-trial scheduling hearing in early January, which might lead the judge to set a trial date that might be years, not months, away.

“It’s going to be well into 2018 whether there’s going to be any resolution on just this motion [to dismiss the case],” Sternstein said, noting that both sides might request discovery periods of multiple years in the case.

At the same time, Sternstein believes U.S. District Court might not be the most important venue in this case. He believes it’s likely that TaylorMade or PXG (and perhaps both) will petition the U.S. Patent and Trademark Office to review whether the patents in the case should have been granted in the first place. An Inter Partes Review is often faster than a trial and involves presenting evidence to a three-member panel of administrative patent judges who review the validity of a patent based on claims of prior examples of patents that came before the patents being questioned.

“They’re going to then try to shift the battle to the patent office as opposed to the court,” Sternstein said.

But with this many patents involved and this many responses and motions already filed—and more likely to come—as well as at least a year for a potential Inter Partes Review by the USPTO, the sheer volume might lead to one obvious result, Sternstein said:

“There will be real pressure to have the parties settle.”