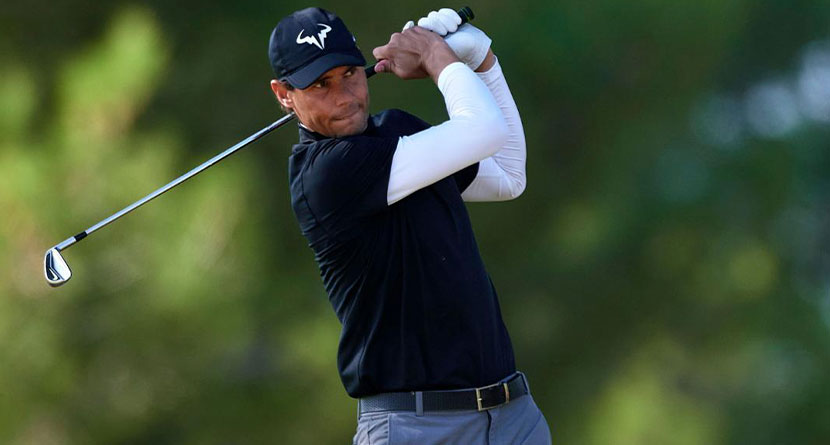 Rafael Nadal, you just won your 21st grand slam title at the Australian Open, rallying from two sets down in the final… what are you going to do next?!

Apparently, compete in a mid-amateur golf event in his native Spain. And play well.

How did Rafael Nadal play in the mid-am event?

Competing around the 6,500-yard Robert Trent Jones Jr.-designed Alcanada Golf Club, Nadal shot rounds of 2-over par 74 and 5-over par 77 to finish in second place well behind Paez Weinbaum, who shot 70-69 to win by 12 shots.

Nadal, who boasts a handicap that hovers around scratch, has long been an avid golfer and is no stranger to walking inside and outside the ropes at big-time professional events when he’s away from the court.

Despite his long-off finish from first place, a runner-up finish in an 82-man event two weeks after winning a major championship in another sport is something of which Nadal should be proud.