Ray Allen: ‘He Got Game’ Sequel May Be On Its Way 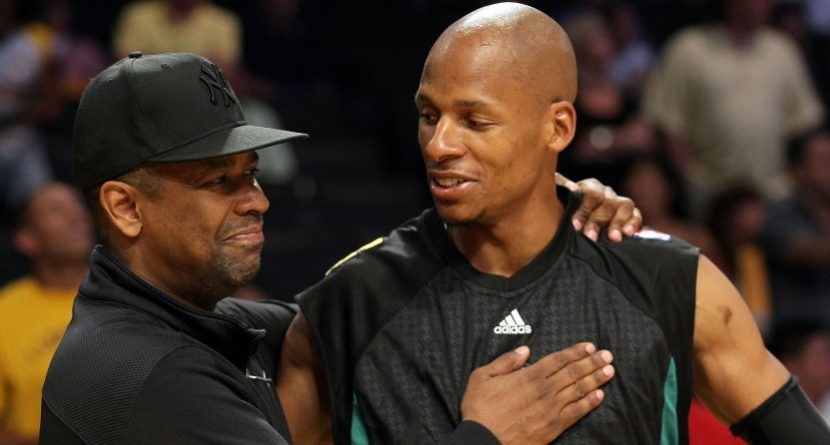 After the Miami Heat takes on the New York Knicks on Thursday night in Manhattan, the squad will scoot over to Brooklyn and face the Nets on Friday. That’s when the NBA will debut the much-anticipated nickname jerseys.

We may be biased, but we think the best one is Back9 board member Ray Allen’s: J. Shuttlesworth.

That Instagram post came out a few weeks ago from Spike Lee, the noted film director who wrote and directed the 1998 hit “He Got Game.” And it turns out there may have been a little foreshadowing involved there.

The nickname is in reference to “Jesus Shuttlesworth,” the character Allen played in “He Got Game.” That movie may have come out more than 15 years ago, but it may soon be time for a second one. Allen says he and Lee – a diehard Knicks fan – have engaged in discussions about a sequel.

“Sequels to most movies are always fluff and not as good as the first,” Allen said. “But it’s something we’ve been talking about for the last couple months. If we get a really good story line and are able to bring everybody back, then it would be something worth doing.”

The film’s star, you may remember, was Denzel Washington, who’s gone on to produce a few more movies since.

“We’ve got to get Denzel and we’ve got to get Rosario (Dawson, who played Shuttlesworth’s girlfriend),” Allen said. “Obviously, it’s been 15 or 20 years, so there’s so many new story lines to talk about.”

“Not one day goes by where I walk in (the locker room) and guys don’t say that they didn’t watch it last night or it wasn’t on,” Allen said. “I don’t know who’s in charge of delegating what gets on TV, but it seems like that movie’s been on a lot the last two or three months.”