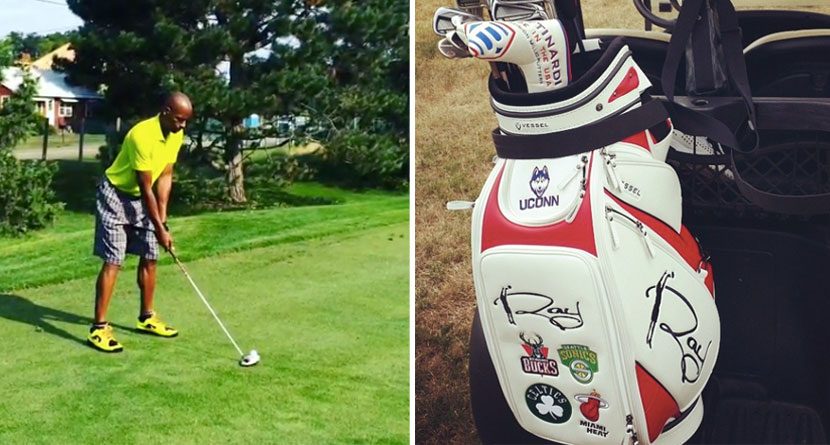 Ray Allen hosted his annual charity golf tournament at TPC River Highlands on Monday to raise money with the hope to “build a computer lab in every middle school” in Connecticut. The tournament benefited a great cause, and his bag from the event was pretty sweet as well.

Allen’s bag featured all of the team logos from his professional (and college) playing days, and the free agent isn’t even done playing yet. He’s still got a silky-smooth stroke, and he’ll likely be able to drain threes until he’s 75 years old.

The future Hall of Famer was on the course with customized golf balls as well, saying, “I lost too many balls with my name on it today,” on Instagram. He also thanked all of the volunteers and supporters of his Ray of Hope Foundation.