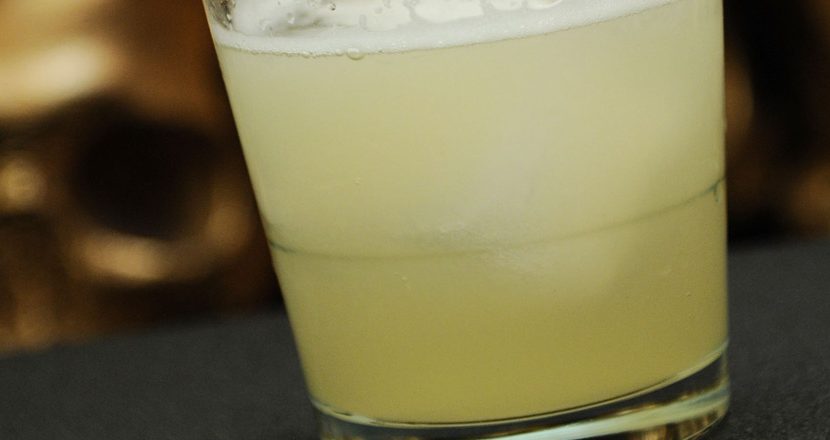 What is your favorite drink for a snowy day in Arizona? You don’t have one? Well, if two out of the last three tournaments at Dove Mountain are any indication, you better come up with one.

For some of you, just the mention of tequila brings about flashbacks of whistles and horrific hangovers. Chances are that what you were drinking was not 100 percent agave and that is where the problem began. If it has coloring or additives, it can get messy. After you’ve looked at percentage, then look at the time in the barrel.  There are four general categories:

When mixing, I like to use Silver.  For sipping, I would go for aged tequila.  Some favorites are: El Jimador, Milagro, Espolón Tequila, Blanco, Republic Tequila and Herradura Silver.

As a toast to all those PGA Tour players and fans biding their time in Arizona this week, I thought I would come up with some cocktails to try. Some are classics, some are original, and some are attempts at not-so-classic favorites.

Let’s start with a Prado, or in honor of this week’s delay, I’ll call it:

Snow Falling On The Agave

*You know the drill on the risk of consuming uncooked eggs. Live dangerously, but at your own risk.

Combine ingredients over ice and shake, shake, shake.  Strain and serve in a martini glass. The egg white will create nice foam, or “snow” on top of your agave.

Tomorrow is National Margarita Day. No mixes allowed, please. At least no mixes with anything you can’t pronounce. There really is no need. Think 3-2-1. Or you can get creative with it. Meyer Lemon juice instead of lime. Add some Hibiscus or Pomegranate liqueur.  Prickly pear or mango. Frozen or on the rocks. Salt or no salt.

When I first went to La Condesa here in Austin, Texas, I tried their Alma Blanca. It blew my mind it was so dang good. I was set on making one at home, but didn’t have all of the ingredients, so I played with what I had. Without the ginger liqueur, hoja hierba santa, and hibiscus-rose salt, it wasn’t quite the same, but it was still tasty. Took forever to make, but worth it. Let’s call it:

Cut the corn off the ear and press it.  Save the milk from the corn.  Slice jalapeño and put it in a shaker.  Pour in tequila.  Let it steep for around 15- 20 minutes.  Add milk from the corn, pineapple, agave, and ice to the shaker. Salt the rim of the glass. Strain into martini glasses.