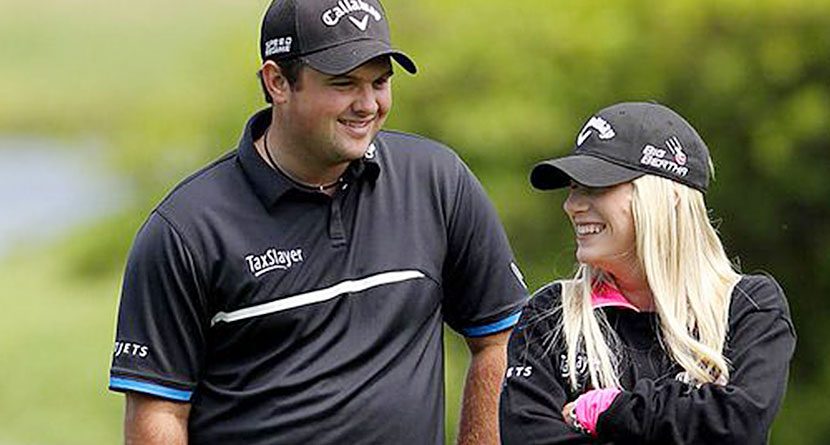 Patrick Reed’s checkered past has once again become a topic of derision, this time spilling publicly onto Facebook and Twitter courtesy of some of the No. 8-ranked player in the world’s own family members.

Reed’s troubled college days and subsequent alienation from his family was the topic of a chapter in Shane Ryan’s 2015 book Slaying the Tiger: A Year Inside the Ropes on the New PGA Tour. The full chapter was excerpted on Deadspin.com in January 2015 and it has largely shaped the perception of Reed publicly since.

Reed’s decision to no longer associate with his parents or immediate family has obviously been a point of contention for most of his relatives. Over the holiday weekend, Reed’s sister, Hannah, took to Facebook to tell her family’s side of the story. Posting directly to the PGA Tour’s Facebook page, Hannah Reed also shared her post on Twitter.

The post cannot be found on the PGA Tour’s page any longer. Whether that was Hannah’s doing or the Tour’s remains unclear, but her sharing it on Twitter from her account would lead one to believe that the Tour didn’t want the Reed’s dirty laundry on their page.

Before it was deleted, however, Patrick Reed’s wife, Justine Karain Reed, and his aunt, Darlene Monahan, weighed in. Reed has not commented publicly on the matter.