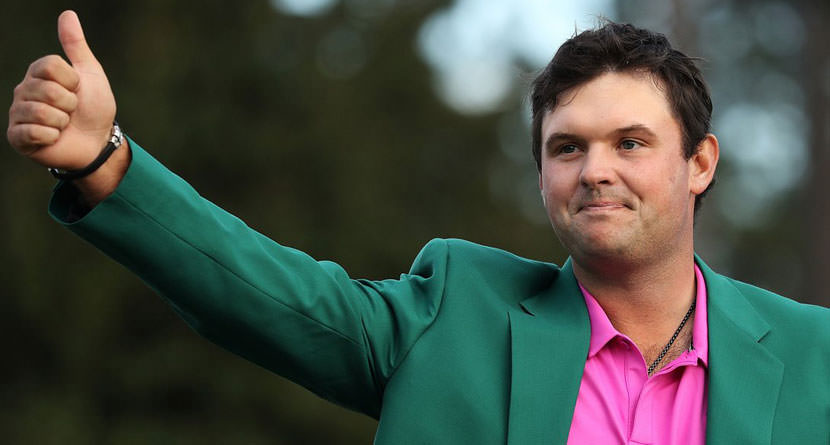 Patrick Reed won his first major championship at age 27, six years earlier in life than Phil Mickelson when he donned his first green jacket, but on Thursday back home in Texas, Reed did his best Phil impression while donning the green jacket.

Finally back in the Lone Star State following his impressive Masters victory on Sunday and a whirlwind media blitz through New York City, Reed and his wife, Justine, headed for some grub at a local Chick-fil-A.

Why Do Fans Hate Patrick Reed?

Reed naturally — and can you blame him? — was still sporting his new green jacket when he went through the drive-thru and posed for a picture before pulling away.

Look who we had the pleasure of serving today at our Sawdust Road Chick-fil-A Drive Thru!! Welcome home to the 2018 Masters Winner- Patrick Reed with his beautiful wife! ⛳?
Green jacket ✅ Chick-fil-A ✅ pic.twitter.com/QEp8yWZcDv

Mickelson had a similar photo taken eight years ago after winning his third and most recent green jacket. Mickelson said he avoids sugars and carbohydrates during tournament weeks, but made a deal with his kids that following the Masters, he would take them to get doughnuts. “It was a little chilly, so I threw on a jacket,” Mickelson told the Associated Press.

The temperature in The Woodlands, Texas was 81° on Thursday, so a jacket likely wasn’t necessary for Reed, but once again, can you blame him?