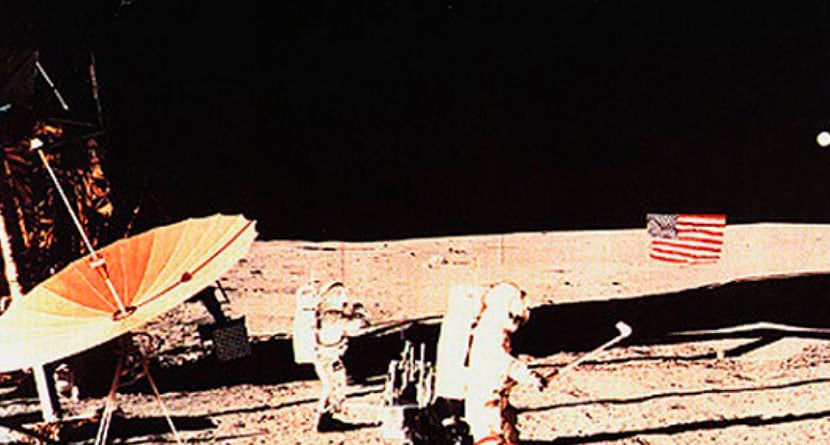 Fifty years ago this week, Tom Shaw won the Hawaiian Open on the PGA Tour, his fourth and final win on the circuit, but none of his 273 strokes were as impressive as the two struck by astronaut Alan B. Shephard Jr. on the surface of the Moon the same week.

The images and video of Shephard using a custom-made Wilson Staff 6-iron with a collapsible aluminum shaft to hit two shots on the Moon are literal American history, but until recently, no one knew how far Shephard’s two successful attempts to hit golf balls in space went, most notably the second shot that flew out of the camera’s view.

Thanks to the efforts of imaging specialist Andy Saunders, who digitally enhanced archival images from that mission and used them to estimate the final resting spots of the golf balls, we now know the distance that Shephard’s pair of 6-irons traveled: 24 and 40 yards, respectively.

Saunders has been working with the USGA to commemorate the only two (known) golf shots ever played from the Moon’s surface, and he announced his findings on social media.

“Miles and miles” golf ball ‘found’ on the Moon and its distance revealed for the 50th anniversary of #Apollo14.
Left, pan of the whole scene, including ‘divot’ and both balls. Right, Ball 1 in a crater, Ball 2 sitting pretty in the middle of the lunar fairway. #ApolloRemastered pic.twitter.com/jxJfPMlTf1

Here’s how Shephard’s iconic Moon golf swings came to be.

With his Apollo 14 duties complete — a requirement from a negotiation he had with then-NASA director Bob Gilruth to bring the club and balls to space — Shephard brought out his makeshift 6-iron and two balls onto the Moon’s surface.

Shephard thought that hitting a golf ball would be a great way to convey to people watching back on Earth the difference in the strength of gravity. After practically whiffing his first two one-handed attempts (the bulky spacesuit only allowed for one-handed swings), with his third swing, Shephard sent the ball on a low-flying trajectory 24 yards away.

“Looked like a slice to me, Al,” Apollo 13 pilot Fred Haise joked while watching from Mission Control.

The second successful shot flew out of the camera frame, and Shephard declared that it had traveled, “miles and miles and miles.” Its actual distance traveled has been at the center of debates of space enthusiasts for decades, but Saunders stitched and overlapped a series of photos to locate the missing second shot. 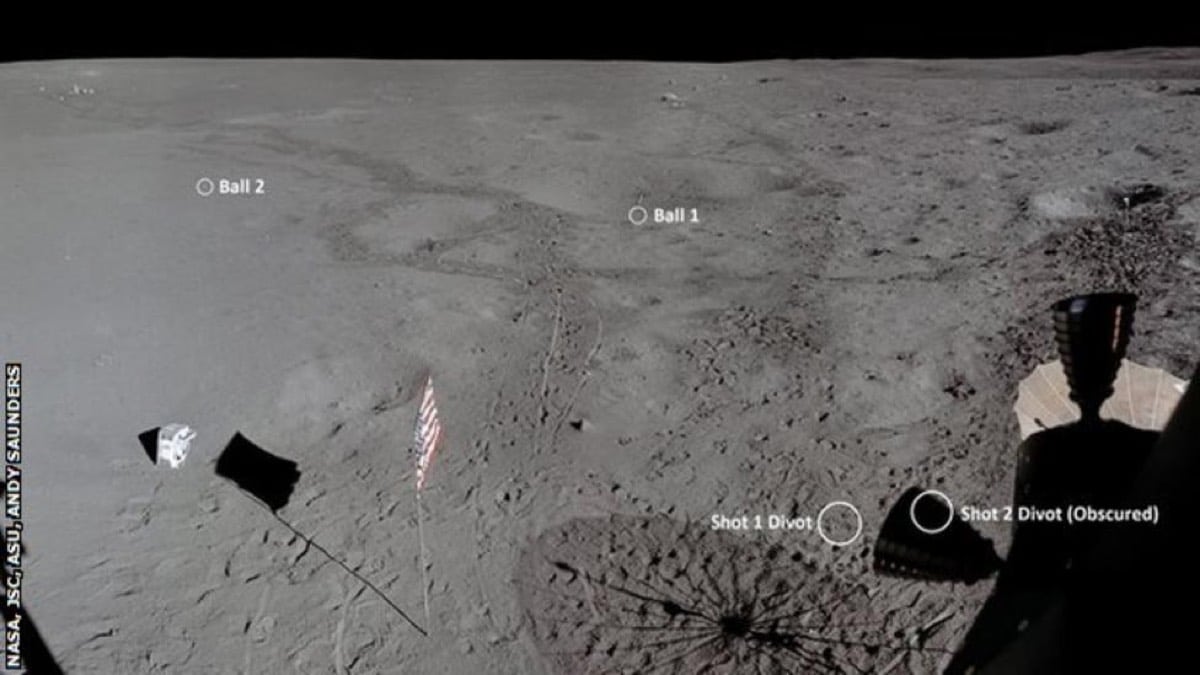 “The Moon is effectively one giant, unraked, rock-strewn bunker,” Saunders told the BBC in a recent interview. “The pressurized suits severely restricted movement, and due to their helmet’s visors, they struggled to even see their feet.

“I would challenge any club golfer to go to their local course and try to hit a 6-iron one-handed with a one-quarter swing out of an unraked bunker. Then imagine being fully suited, helmeted and wearing thick gloves. Remember also that there was little gravity to pull the clubhead down toward the ball.

“The fact that Shepard even made contact and got the ball airborne is extremely impressive.”

In the course of his research, Saunders hypothesized that given the same gravitational conditions, reigning U.S. Open champion Bryson DeChambeau could hit a ball as far as 3.41 miles on the Moon, with a hang time of 1 minute 22 seconds.

Now, that’s a distance debate worth having.