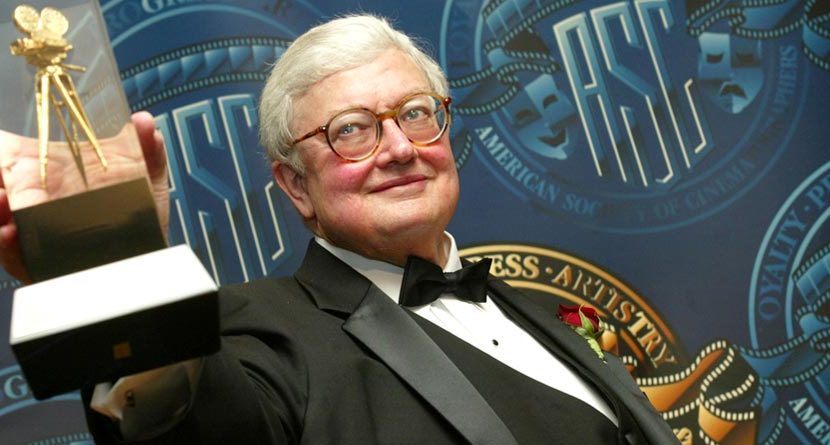 Roger Ebert passed away on Thursday at the age of 70 after a long battle with cancer.

We remember the iconic movie critic with some of his reviews of golf’s greatest films.

“The movie never really develops a plot, but maybe it doesn’t want to. Director Harold Ramis brings on his cast of characters and lets them loose at one another. There’s a vague subplot about a college scholarship for the caddies, and another one about the judge’s nubile niece, and continuing warfare waged by Murray against the gophers who are devastating the club. But Ramis is cheerfully prepared to interrupt everything for moments of comic inspiration, and there are three especially good ones: The caddies in the swimming pool doing a Busby Berkeley number, another pool scene that’s a scatalogical satire of Jaws, and a sequence in which Dangerfield’s gigantic speedboat devastates a yacht club.” “The Happy Gilmore character is strange. I guess we are supposed to like him. He loves his old Grandma, and wins the heart of a pretty public relations lady (Julie Bowen) who tries to teach him to control his temper. Yet, as played by Sandler, he doesn’t have a pleasing personality: He seems angry even when he’s not supposed to be, and his habit of pounding everyone he dislikes is tiring in a PG-13 movie. At one point, he even knocks the bottom off a beer bottle and goes for Shooter.” “I am not a golf fan but found ‘The Greatest Game Ever Played’ absorbing all the same, partly because of the human element, partly because Paxton and his technicians have used every trick in the book to dramatize the flight and destination of the golf balls. We follow balls through the air, we watch them creep toward the green or stray into the rough, we get not only an eagle’s-eye view but a club’s-eye view and sometimes, I am convinced, a ball’s-eye view.”

The Legend of Bagger Vance

“Look how silky this movie is, and how completely in command of its tone. Robert Redford‘s ‘The Legend of Bagger Vance’ could be a movie about prayer, music or mathematics because it is really about finding yourself at peace with the thing you do best. Most of the movie is about an epic golf tournament, but it is not a sports movie in any conventional sense. It is the first zen movie about golf.”