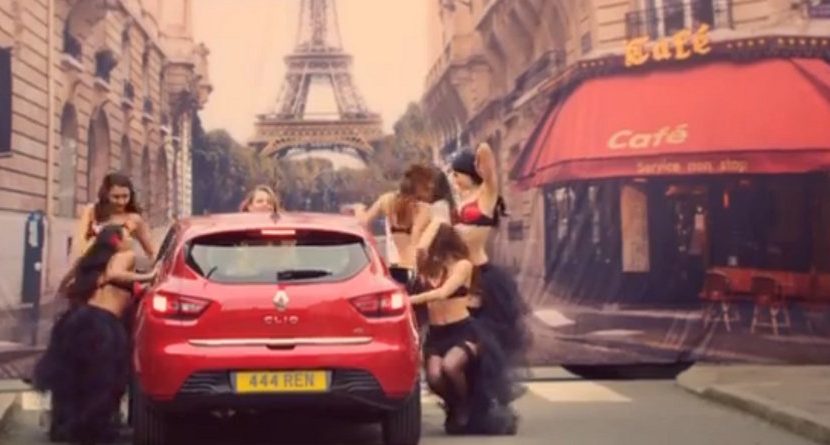 Pepsi recently surprised an unsuspecting customer with a Chevy Camaro test driver from NASCAR legend Jeff Gordon. The French automaker, however, surprised some invited test drivers with some scantily clad women (and, in a few cases, men).

At a predetermined point in the test drive, the salesman asks the test driver to press the “new” “Va-va-voom button” in the Renault Clio. Then magic happens, imported from the streets of Paris.

We imagine the guy bought the car.