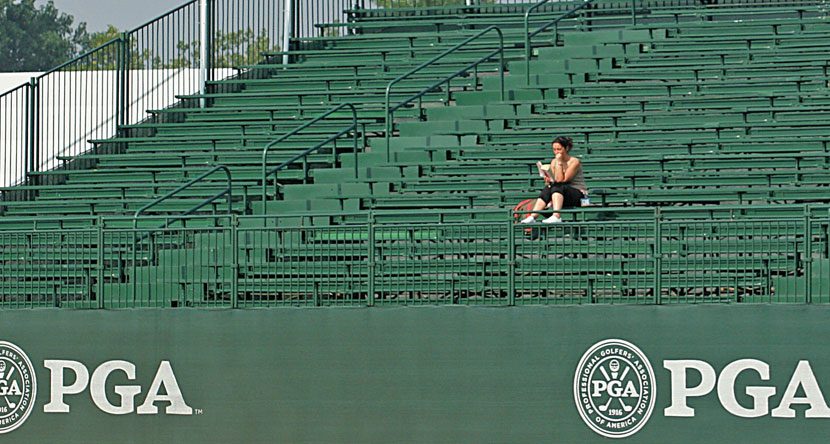 The buzz around the golf world these days is the growing number of players leaving the game on what seems like a daily basis. This is most evident to golf courses and sports retailers who are losing thousands of dollars because of golf’s mass exodus.

According to a report on MSN.com, sales at stores like Golf Galaxy and Dick’s Sporting Goods have dropped as much as 10 percent or more in many areas around the country. C-level executives are left dumbfounded by these numbers, suggesting that the future of golf is “unpredictable” since there is no telling when the sport will hit bottom.

As the MSN report suggests, over 650,000 U.S. men quit golf in 2013. As a result, the country’s golf courses hosted the lowest number of golf rounds in the past 20 years. A harsh winter across most of the United States has also caused courses to remain closed for longer, resulting in a dramatic 23 percent drop in golf rounds last month.

Why are so many golfers leaving the game? I’ve written on this subject numerous times in the past, believing that today’s generation of “instant gratification” gadgets and social media habits do not lend themselves to a game that takes an average of four hours or so to enjoy. Golf equipment companies constantly rack their collective brain to conjure new ways to appeal to the next generation of golfers, including TaylorMade with its Hack Golf initiative.

Companies are also slashing prices on equipment. A walk through any major golf retailer will reveal recently-released drivers selling for nearly $200 less than suggested retail. While golf is definitely one of the more expensive hobbies to enjoy, I don’t suspect this is the biggest issue for the game. Anyone can go to a second-hand sports equipment shop and pick up a set of older clubs for next to nothing if they truly want to play golf. People have to want to do it, though.

Still, identifying the root cause to this highly complex problem remains easier said than done.

While we at the Back9Network are dedicated to “growing the game of golf through the inclusion of all people,” there is still a real problem with the number of folks who are choosing other hobbies and activities.

Until the antiquated game of golf adapts to today’s social norms and technological expectations, the lure of spending half a day on the course will remain too much for some folks to bear.