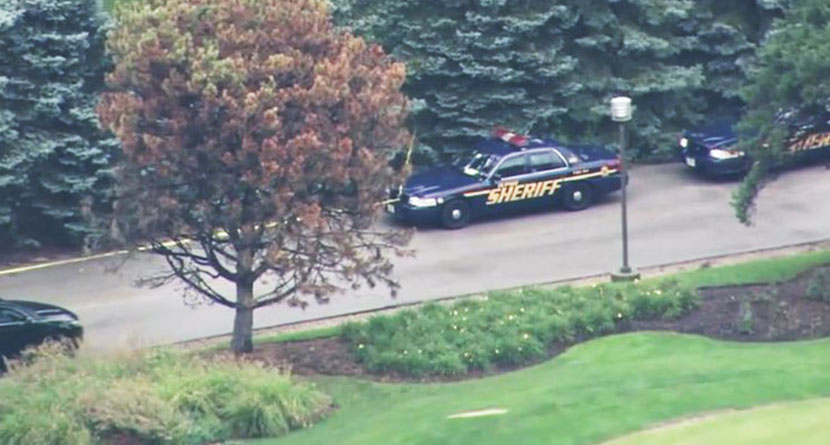 In local news, a man was found hanging from a bridge at a golf course in Buffalo N.Y. in what authorities are calling a suicide attempt. The gruesome discovery was made Wednesday morning.

The Buffalo News has the disturbing report:

A man committed suicide by hanging himself  from the foot bridge spanning South Park Lake at the Botanical Gardens Golf Course, authorities said.

A woman walking her dog made the horrific discovery at about 8 a.m. Wednesday. She initially thought she had spotted a dog leash fastened to the bridge’s railing.

“She did not see the individual at first, but she stopped and looked over the bridge and saw the man,” a police official said.

Another police official added, “He’s an older gentleman, about 60, and we do not have an identification on him yet.”

The woman called 911 and homicide detectives were summoned, police said. No foul play is suspected and an investigation was continuing.