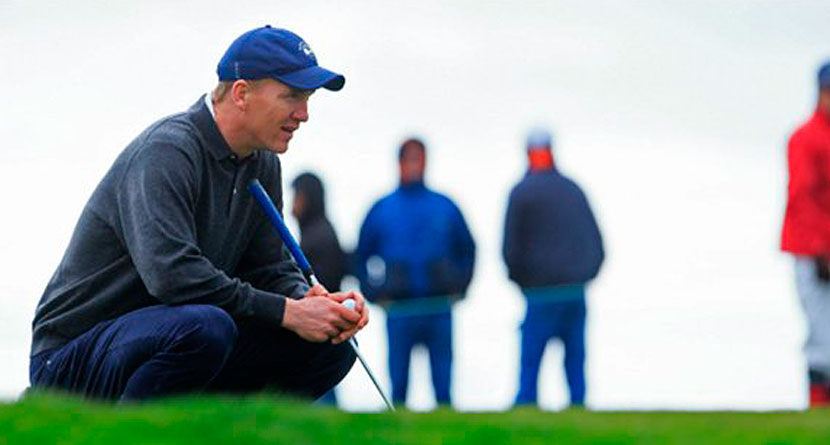 Life after football seems to be treating Peyton Manning just fine. When he’s not making Papa John’s commercials, Manning has been spending a good amount of time on the golf course. According to a new report, Manning might have a new home club, and rumor has it, the course is pretty nice.

I have a report that the Augusta National has invited Peyton Manning to become a member!

Austin Rhodes is a radio host in Augusta and the city’s self-proclaimed “#1 award-winning news and info source since 1992,” so he has some cachet behind his words. As we’re well aware, Augusta National won’t confirm or deny anything when it comes to membership matters, so we may have to wait the 120-odd days until the Masters to see if the two-time Super Bowl champion is walking around in a green jacket.

What we do know, however, is that Peyton has played the course, and he’s played it well. Manning’s round of 77 at the National in 2013 is a point of pride for Manning, and he was trying to best that score last month when he made a trip to the home of the Masters, according to a report by Woody Paige in the Colorado Springs Gazette.