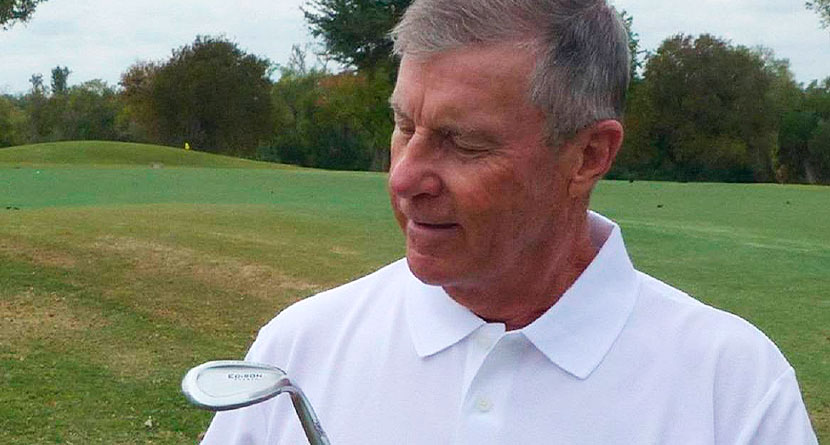 When was the last time you thought about your wedges? I mean really thought about them. If you’re being honest with yourself, the answer comes in the “hardly at all” hemisphere.

That’s because there hasn’t been much to think about in terms of wedge advancements over the last half-century. And that’s where Terry Koehler, aka The Wedge Guy, began with his latest venture – Edison Forged Wedges.

Prior to our first conversation, Koehler emailed a picture of the wedges that Ben Hogan designed and built for Jack Fleck ahead of the 1955 US Open (Fleck would defeat Hogan in an 18-hole playoff). 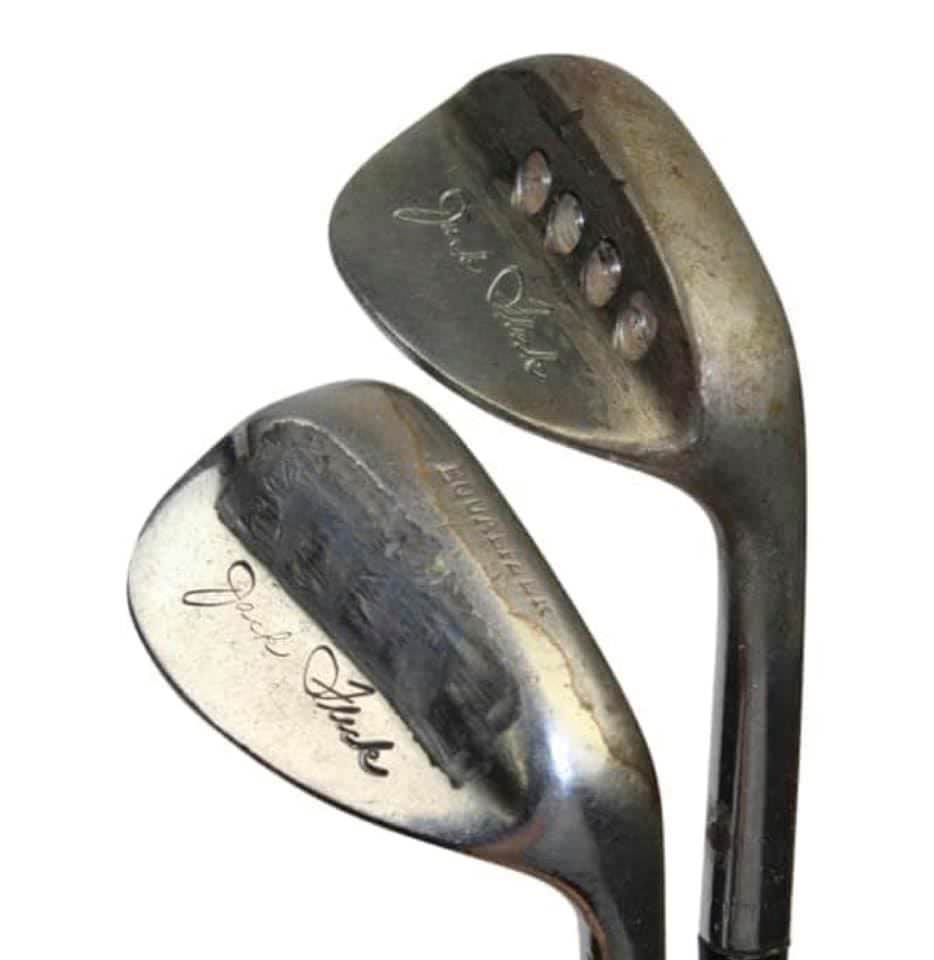 “I’ve been ‘preaching’ for 30 years that wedges have not experienced anything like the technical revolutions in other equipment categories,” Koehler said. “I think this (picture) is proof of that.”

It’s a crazy thought when juxtaposed with the conversations around overall distance gains, hot drivers and the golf ball going too far. By and large, every piece of equipment from the driver to the ball has been tweaked and optimized while wedge design has been relatively stagnant, which Koehler argues is a simple dollars and cents equation. 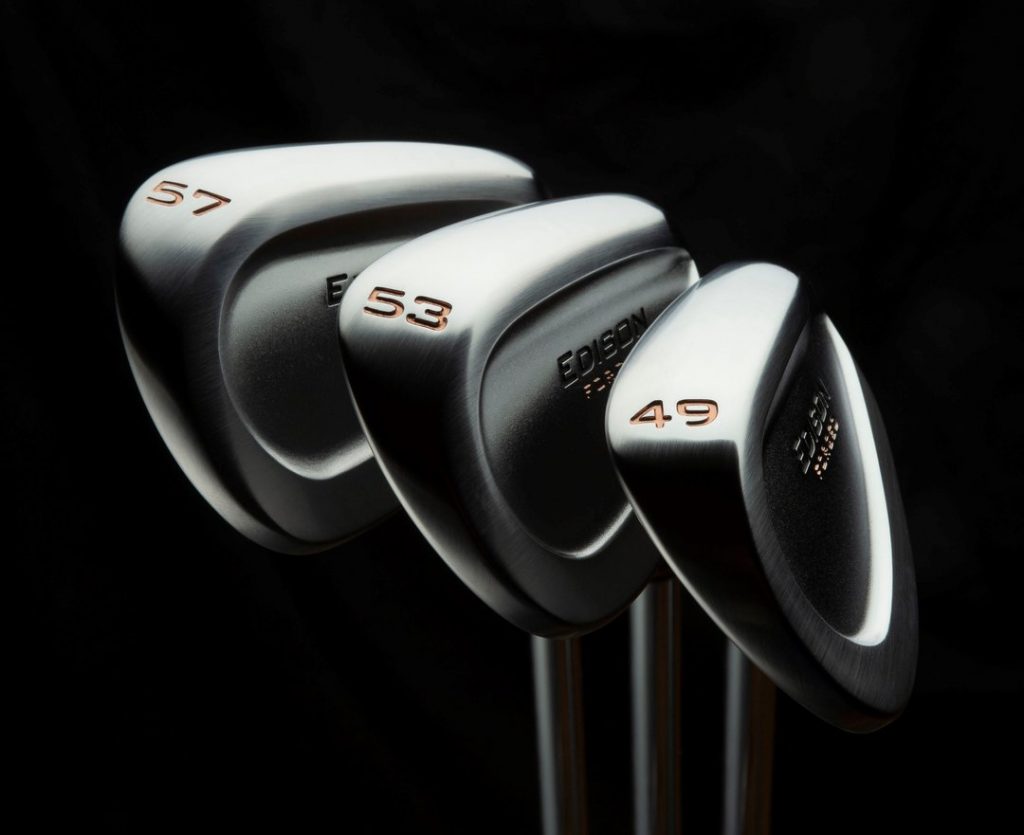 The elephants in the wedge room are the best players in the world. Given that these magicians around the greens have spent their entire 10,000 hours working with the same wedge designs, they know the ins and outs of how to play different shots from different lies to different distances.

The average weekend golfer isn’t purposely hitting a wedge off the toe to deaden the bounce off the face; all we want is some semblance of consistency similar to what you get from your cavity back or game-improvement irons, which is the entire premise behind Koehler’s Edison Wedges.

So what Koehler has done is make a wedge for the rest of us. Chief among those adjustments came in the weight distribution. What this leads to is an amateur golfer’s dream — your normal full shots that are struck well react like the industry-standard wedges you’ve been playing forever, the real innovation is in the funky lies and mishits.

Perhaps it was serendipitous that my chat with Terry Koehler was the day after my weekly golf league. As he and I spoke for close to an hour, one shot kept popping into my head: a delicate downhill hill chip from behind a green to a front pin position.

Sitting in one of those lies that is almost too good, I caught the ball high on the face and it came out like a sack of potatoes. A 40-foot chip left me 15 or so feet from the cup. Bogey. The more Koehler spoke about the weight distribution and the mishit forgiveness like you’re used to in your irons, the more the idea appealed to me.

After getting a set of three Edison Wedges ordered, my only hesitation was the look of the wedge when I would get it into my hand. All the talk of the forgiveness of the club gave me a visual in my head of a cavity-back game-improvement iron that was so clunky, it couldn’t help but nudge the ball in the right direction.

However, a few days later when that beautiful brown box arrived on my front porch, those worries were wiped away as fast as I could cut through the packing tape. The clubs were gorgeous. A slightly larger top line than the Vokey SM7 I was currently gaming, but nothing too daunting, and in fact, it looked practically identical to the rest of my iron set. 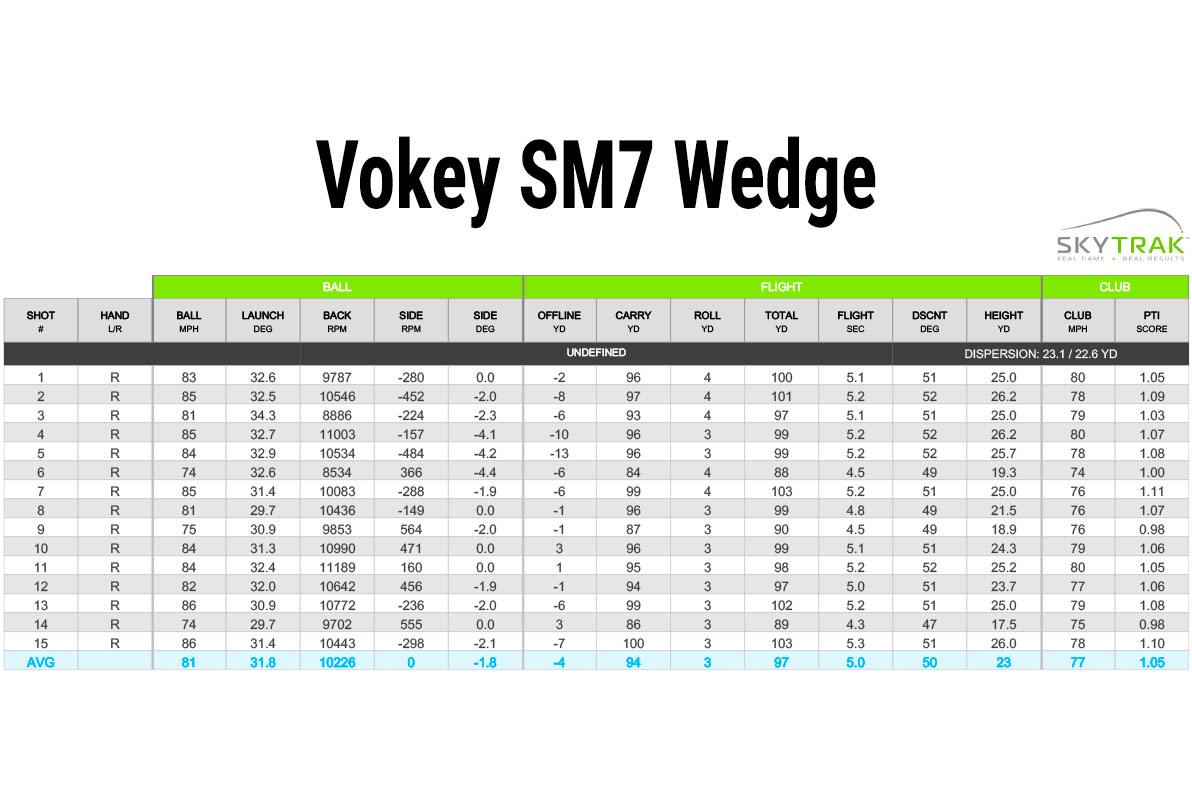 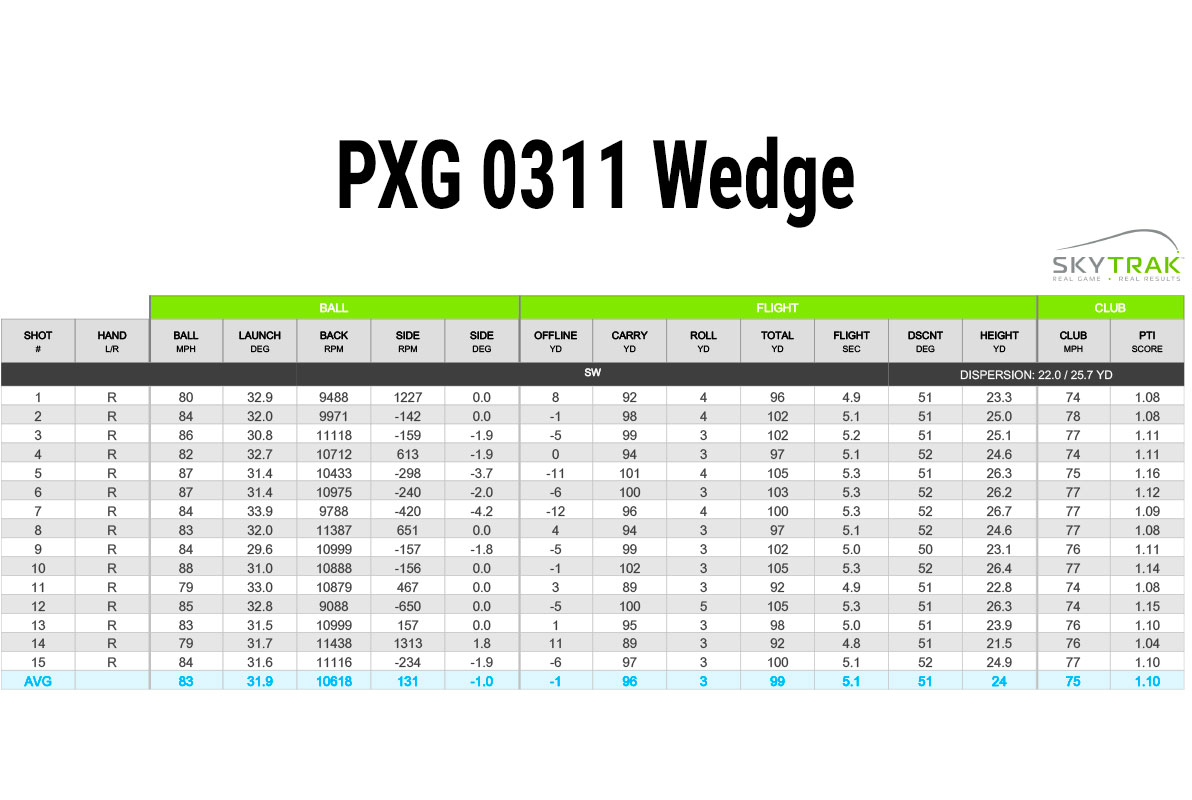 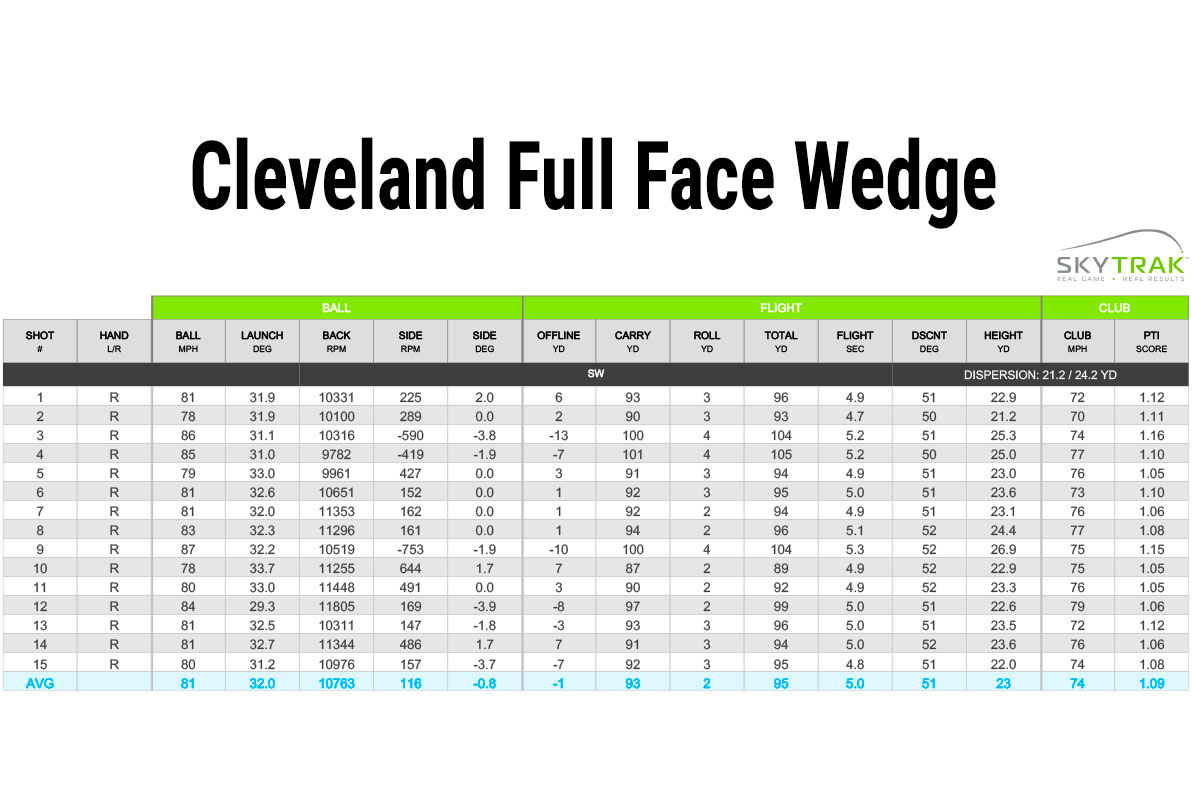 The other thing that struck me throughout my conversation with Koehler was that the man was devoid of salesmanship. He speaks in factual and analytical statements, not sales pitches.

“If you hit a ball here, it does this, so I did this to counteract that.”

The proof is in the pudding, of course, and the Edison wedges lived up to their billing on the course and in the simulator. And it’s not like the Edison has an easy road to check off what they’re saying their wedges do: low launch, increased spin, more distance.

This was music to my ears. As someone who only likes to go full-bore at a wedge when there’s a tree in my way, the knockdown wedge is an artful I’ve been attempting to perfect since I could hold a club. The lower launch and increased spin translated to shorter birdie putts once a few rounds in had the numbers dialed in (you don’t want to come up against me in a closest to the pin contest from 105 with the 49° Edison wedge). And once again, while the premise was your normal fairway shots will be just as good if not better than your major OEM wedge, the Edison’s stick out when you’re not in the mayor’s office — from the rough and around the greens, especially.

There’s a learning curve that comes with trusting that you don’t need to play for a mishit from a squirrely lie. So long as you’re able to get some grooves on the ball, it’s going to react in much better and much more consistent fashion than any other wedge you’ve ever hit.

A nice bonus that Koehler and I didn’t speak on at length was the wedge’s variable bounce sole, which allows for a myriad of different shots from predictable lies and a higher-than-I’m-used-to, land-like-a-butterfly-with-sore-feet flight out of the bunker.

The Edison Forged Wedges are in my bag for good replacing my Vokeys. That’s the most ringing endorsement I can give the latest from The Wedge Guy.

At every turn, the Edison’s were up to the task. In controlled testing as well as on the course, from a ho-hum lie, they were on par, if not better, than the Vokey, Cleveland and PXG wedges I tested them directly against.

From challenging situations, the Edisons were top of the class. In a small twist of irony, the confidence the wedges have given me around the greens has led to me using them less often. My self-confidence and commitment to shots coming into greens has increased as a result of my knowing what to expect should I hit a stinker and have to get up-and-down.

These wedges, very literally, are the best I’ve ever played, which really isn’t surprising given the fact that they’re the most player-friendly wedge ever designed. Koehler and co. are happy to put their money where their mouth is unlike anyone else in the industry as well — a 45-day play them and love them guarantee or else you get a 100% refund.

The only thing that is keeping these wedges from scoring a 10 out of 10 is that there’s no way Terry Koehler is done innovating.

Everything you’d want or expect from run-of-the-mill shots, but with the added bonus of forgiveness on mishits — both full and touch — especially around the greens.