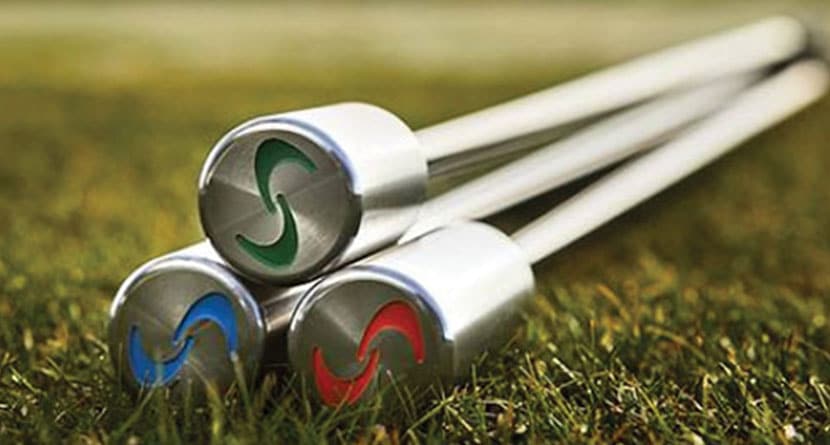 If there was one thing that was “normal” about 2020, it was that golf, by and large, was unaffected — and as it could easily be argued, it even was benefitted — by a global pandemic.

As such, golfers and golf fans were able to squabble in our own subsection of society about largely unimportant topics such as golf technology, the need for equipment rollbacks and whether or not putting on 40 lbs. of muscle was the best way to gain distance.

As it turns out, with a few weeks of commitment and results that were so surprising, I opted to double and triple-check them, for the vast majority of golfers, the best way to gain distance isn’t to guzzle six protein shakes a day, it’s swinging three faux golf clubs three times per week for a month and a half.

SuperSpeed Golf and overspeed training have both been around for a while. Overspeed training, simply put, forces your body to do things it wouldn’t voluntarily do. For example, you may think spriting on a flat surface is as fast as you can make yourself move, but if you starting running down a hill, you’re going to find a way to move your legs faster or else you’ll fall flat on your face.

So, how does overspeed training work in golf? Surprisingly simply.

SuperSpeed Golf’s system comes with three golf clubs that have weights attached to the end of the shaft instead of clubheads. Color-coded, one is 20% lighter than a normal driver, another is 10% lighter, and one is 5% heavier. On their website, SuperSpeed co-owner Michael Napoleon walks you through the “protocols,” which you’ll perform three times per week for six weeks for Level 1. 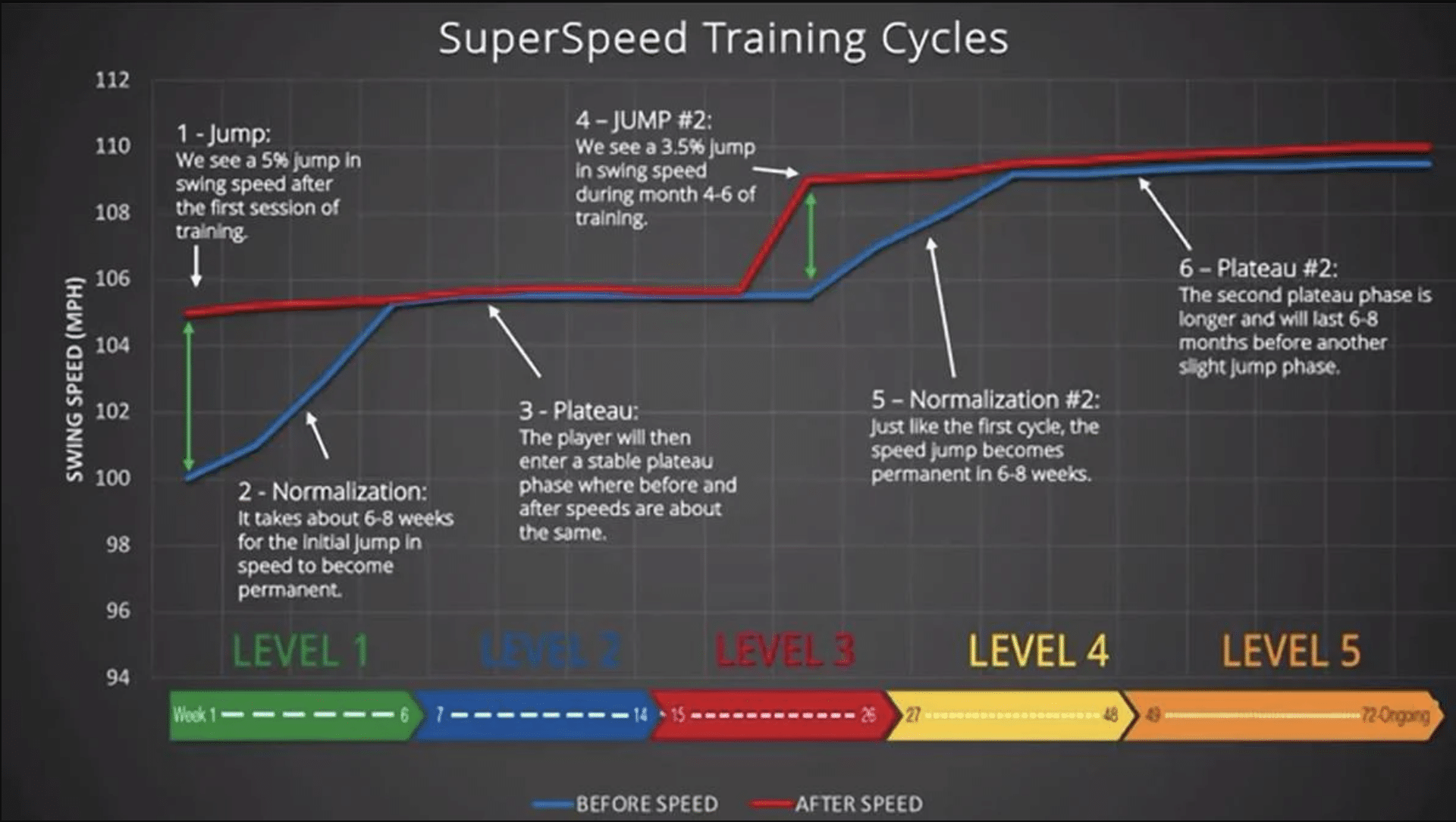 If you’re someone looking for instant feedback, this is the system for you. How long does it take to see results? SuperSpeed says it’s not uncommon to see a boast to swing speed immediately. Like Robert Frost said, “nothing gold can stay,” at least not until you’ve done it for 6-8 weeks.

So, that’s where I started.

I started my SuperSpeed training on Nov. 2 and created a baseline by doing a bag mapping on my SkyTrak Launch Monitor. Hitting 10 drivers to create a baseline for this article, I found that my average ball speed going all-out was about 163 MPH, which gave me an average carry distance of 268 yards and a total distance of 289.

To be honest, I was fairly happy with those numbers. In hindsight, I can confirm, that was dumb.

Over the next six weeks, I stuck to the system, which was something I noticed in other reviews, could be difficult to stay consistent with. However, beings that we’re in the midst of a pandemic, always home and with a hitting bay in my garage, I could find the 5-10 minutes needed to get in a slight warm-up and the 57 swings required for the Level 1 protocols relatively easily.

Being located in the Midwest, we get a few chances in the shoulder season to play golf, but over the course of these six weeks, I believe I played a grand total of 3 rounds, which meant my primary golf training came in the form of swinging three weighted sticks as hard as I could three times per week.

(Note: that’s a big key to this whole thing. Overspeed training is based on 100% effort. You’re trying to train your body to go faster than it thinks it can, so that max effort is important.)

Out on the course, I thought I was hitting it farther, but you can never be sure until you put some data behind it, and after six weeks I did.

The numbers the SkyTrak was spitting out were causing me to take double-takes. What previously was an absolute bomb became somewhat normal. After six weeks, my ball speed average increased by 4 MPH while my clubhead speed ticked up to a 115 MPH average.

(Another note: SkyTrak is a high-speed-camera-based launch monitor, so it doesn’t track club data – it uses an algorithm based on ball speed, spin and launch angle to come up with an approximate value.

I was carrying the ball 22 yards farther with a total distance of 315 versus 289 a month and a half prior. This boggled my mind so much so that as I was preparing to write this article earlier this week, I went back and rehit 10 drivers (admittedly really well) and saw the same numbers. And for what it’s worth, this is the exact same driver, shaft, etc.

My biggest takeaway, aside from the obvious, was that my ceiling is now my floor. You hear the pros talk about leaving some distance in the tank, swinging at less-than 100% and it feels like this is an option for me now.

I’m flying the ball as far as it was going with a ~20-yard rollout six weeks ago. That’s a huge advantage! There’s definitely some acclimation needed in order to dial back in the accuracy that will be required to play good golf, but that was part of the reason I opted to try this in my offseason. I have the next 3-4 months to not only continue to add speed and incremental distance gains, but also get my yardages down throughout the bag.

If I’m being completely honest, I wasn’t expecting a whole lot out of this exercise, maybe a modest distance gain at best. I’m honestly blown away by the results here, and will be continuing into Level 2 and beyond, anticipating that second little jump that SuperSpeed projects between Month 4 and Month 6.

Hitting the ball far is fun. Being able to dial it back and still get it out there a good ways is even more exciting.

If you’re looking at a new set of clubs or a new driver in order to increase your distance, spend a fraction of the cost and try out SuperSpeed.

There’s a reason over 600 Tour pros and even more recreational golfers are swinging these sticks religiously: they work.