Rick and Glenn of ‘Walking Dead’ Hit the Links… Without Zombies 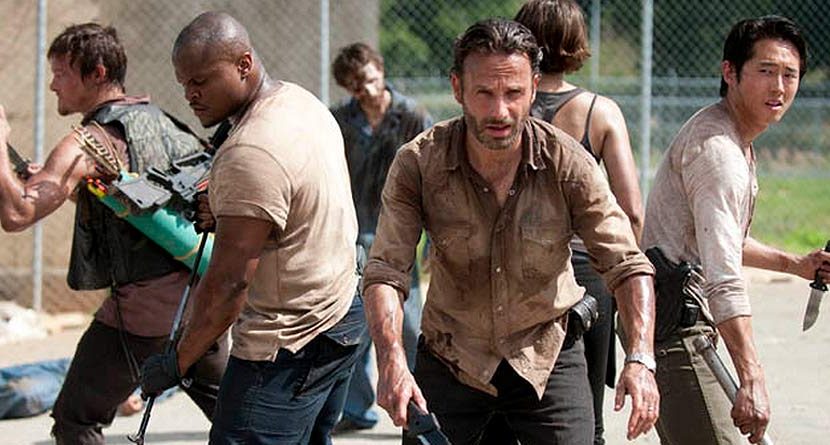 Golf has been featured several times on AMC’s “The Walking Dead,” because there’s just nothing like taking a few swings during a zombie apocalypse. Whether it’s Daryl taking a few divots out of a zombie’s face, or the Governor eliminating Caesar Martinez with an iron, the show’s writers clearly have an interest in golf.

But the writers aren’t the only ones. Glenn and Rick, played by Steven Yeun and Andrew Lincoln, respectively, are fans of the game as well. Yeun posted a photo on Instagram of himself and Lincoln hitting the links for some golf — without the whole zombie apocalypse part, of course.

It’s safe to assume traditional golf is more enjoyable than “zombie golf” for these two. Although, it may be fun to hit golf balls at a zombie rather than a 4-inch cup for a change.