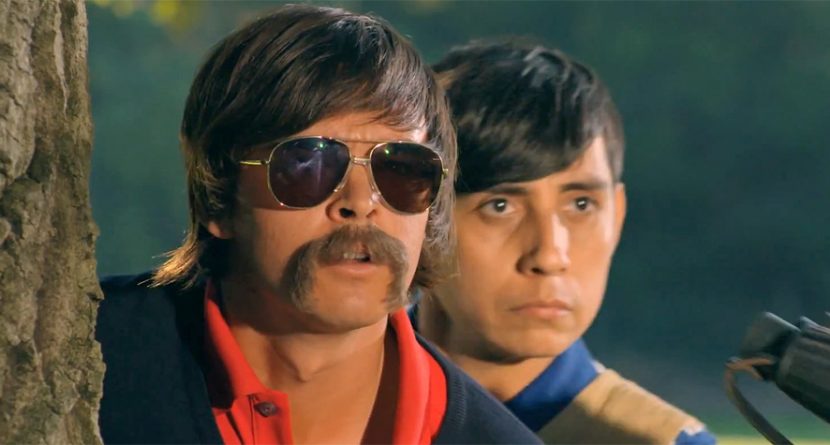 Rickie Fowler is up to his usual antics on YouTube once again, this time in the form of a private investigator named “Dick Fowler.”

In the first web episode – made by Farmers Insurance – Dick Fowler lays the smack down on an Average Joe golfer breaking one of the most important rules on the golf course: stay quiet during your partner’s golf swing.

Is there anything cooler than Dick Fowler’s 1970’s mustache? That word curtain is already legendary after one episode. I think I just found my Halloween costume for this year.

The best part of the commercial, of course, is when the offender’s cell phone explodes and Dick Fowler offers the line, “Looks like that call… was dropped.”

In Dick Fowler’s second episode, the gumshoe forces a Divot Dummy to eat his handiwork after refusing to replace a massive divot. We’re not sure why Fowler and his caddy – played by Luis Chavez (?) – are chilling in a nearby tree, but it just completes the awesome package.