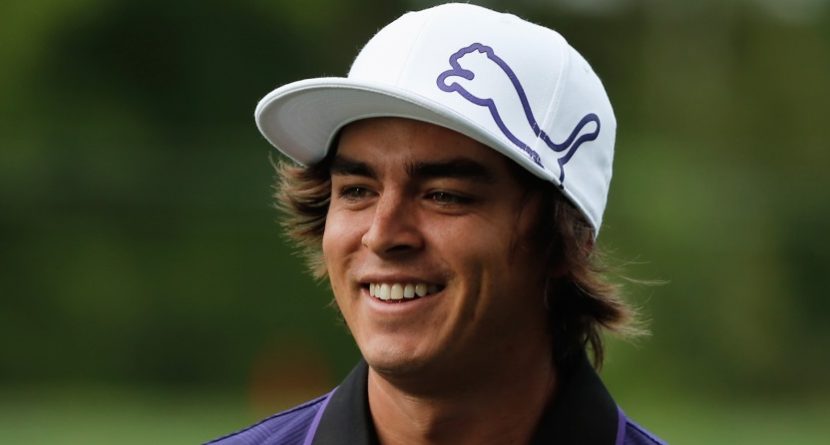 We last saw Rickie Fowler in competition at the BMW Championship three weeks ago. Apparently, he hasn’t gone in for a haircut since.

Just heading out for an afternoon jog while on set with @cobragolf #spandex #mullet #letsparty pic.twitter.com/cxyxkbeu0b

Why is he wearing a fake mullet and spandex? Because he’s Rickie Fowler. If he’s not starring as Dick Fowler P.I. in commercials, he’s taking part in a psychedelic golf challenge. The man lives for the unordinary.

We never guessed him to be one of those oddballs who runs without shoes though. Surely his sponsor Puma could hook him up with some eccentric running shoes.