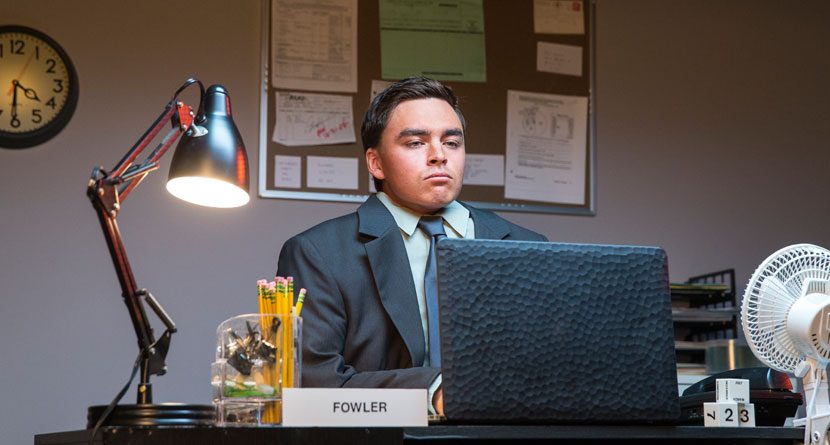 Rickie Fowler teased fans last week when he posted a photo of himself wearing a suit and motocross helmet while sitting at a desk. No, he wasn’t hinting that he’d gotten a new job sitting behind a desk (thankfully). He simply gave his 244,000 followers on Instagram a sneak-peek into a commercial shoot for the USGA and American Express.

Wednesday, those anxiously waiting for Fowler’s commercial to release (yes, I’m one of those people) can rejoice. It’s here, and it’s as good as we’d hoped.

Fowler looked to be far from his element sitting behind that desk. It’d be best for all of us if he kept his “day job” as a professional golfer. It’s not a bad gig.

Here are some behind the scenes photos on the set of the commercial:

The commercial was done to promote the USGA’s new “Play 9” program, which encourages golfers to play nine-hole rounds, allowing players to “enjoy the game in less time.”

“I don’t always have enough time to play a full round between practice and spending time with friends and family,” Fowler said in a press release. “I’m happy to join the USGA and American Express on ‘Play 9’ to encourage golfers to play a nine-hole round, especially if that’s what’s going to get them out onto the golf course to play more often.”

The first annual “Play 9 Day” will be held on July 23, encouraging golfers to go out and play a nine-hole round that day.