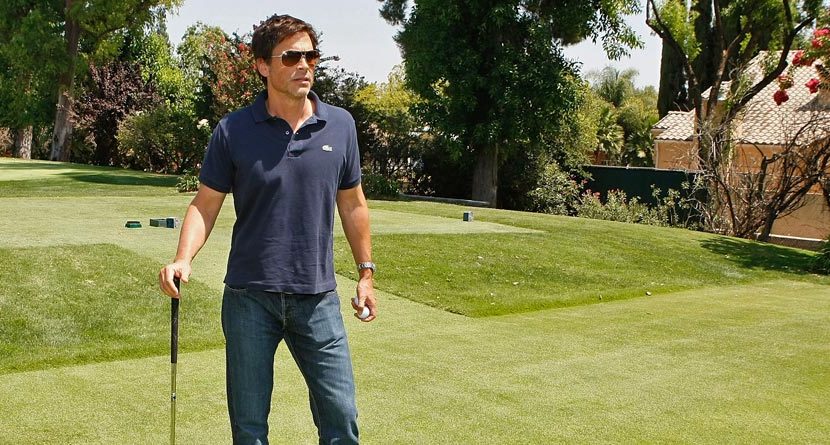 There are several reasons why a person might give up playing golf: it’s difficult, expensive, and frustrating. Other than that, it’s the best sport on Earth.

Rob Lowe, however, quit playing golf for a different reason. One that you would (probably) never think of.

He hit a bird.

But not just any bird … the Iowa state bird.

Lowe shared the story of the horrific, tragic incident from a 2007 golf tournament with Conan O’Brien.

Storytelling doesn’t get much better than that. Add in the fact that Lowe was told the odds of hitting a bird in mid-air are one in 747 million, and this becomes a legendary tale.

Now, it’s unclear whether it was scrawny arms Rob Lowe, meathead Rob Lowe, or overly paranoid Rob Lowe that hit the shot. Regardless, it was Rob Lowe in one form or another.

And just in case you haven’t seen those hilarious DIRECTV commercials, here are a few.