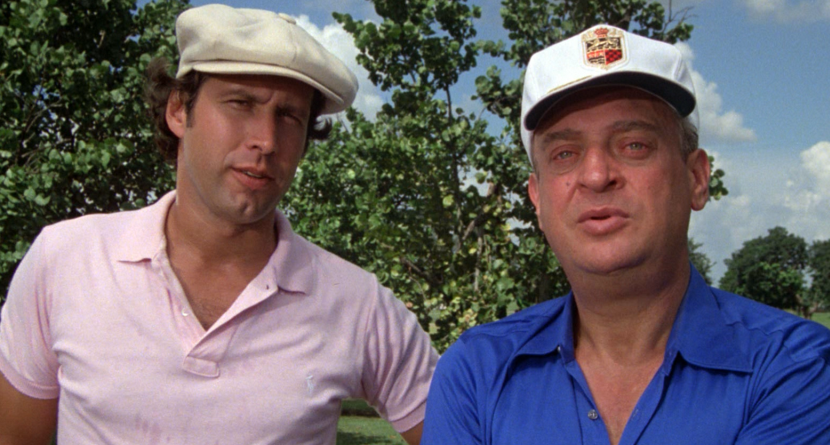 You’ve seen the United States Golf Association’s recent “While We’re Young” ad campaign, an effort to improve the pace of play at golf courses all over the country. Do you remember where the classic line originated?

If you said One Direction, please leave. Besides, the British boy band’s hit is “Live While We’re Young.”

Rather, the phrase was first uttered by Al Czervik, played by comedian Rodney Dangerfield in the 1980 movie “Caddyshack.”

You movie buffs or golf aficionados may have known that. But did you know Dangerfield wasn’t a golfer? He couldn’t stand the pace of play in the game, according to Joan Dangerfield, wife of the late comedian who spoke with our friends at USA Today.

“Rodney was, I’m sure you can tell, a really keyed-up kind of anxious guy,” she said. “So it was actually the pace of play — the very, very thing this campaign is addressing — that kind of made him golf-phobic or teed him off against the game.”

And Rodney said he got no respect. Some of it may not have come until nine years after his passing in 2004, but better late than never.

“The fact that this organization is using his zinger, I know he would just be doing cartwheels, actually,” said Joan Dangerfield.