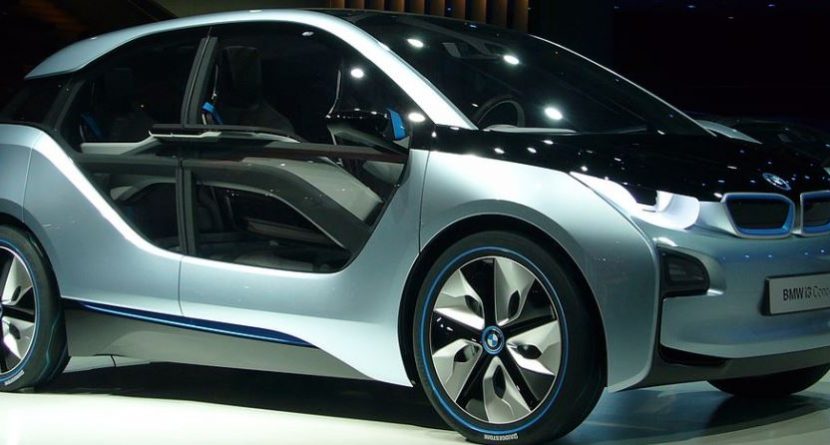 To help kick off the BMW Championship this week just outside of Chicago, the car manufacturer set up a race course at Six Flags Great America. Then it handed the keys to its new BMW i3 to both Rory McIlroy and Gary Woodland, and let them run wild.

Apparently, they’ve got some lead in their feet. A BMW press release said that after a few laps, they “were only two seconds shy of beating the track record.” No time or distances were indicated, but the golfers were among the first people to drive the i3 since it was revealed to the world July 29. The car will launch in the U.S. this spring.

But one of the 70 golfers in the field could secure his own i3 this week. BMW will give one away to the first player who sinks a hole-in-one on the downhill, 205-yard, par-3 17th hole. The i3 is billed as “the first purpose-built electric vehicle to be made primarily of carbon fiber.”

Should anyone walk away with an ace at the 150-yard, par-3 11th, the first one to do so would receive a BMW M6 Gran Coupe. The M6 is BMW’s latest in its M Series line, which can seat five passengers and boasts a Twin Power Turbo V-8 engine that can get the car from 0-60 mph in 4.2 seconds.

And if anyone hits a hole-in-one anywhere on the course, BMW will donate a full four-year $100,000 Evans Scholarship in the name of the first player. The Evans Scholars Foundation receives all the proceeds from the BMW Championship, and has graciously accepted more than $14 million from the tournament since 2007.

Related Links: What It Takes To Win – BMW Championship