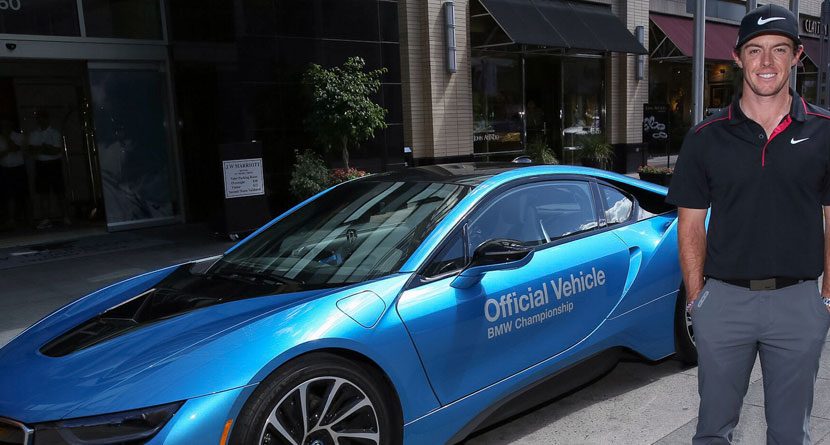 This week at the BMW Championship, players got the chance to drive BMW’s all-new i8 hybrid. Rory McIlroy and Justin Rose were among those players and they were sure to post photos of their sweet rides and show their appreciation.

Thanks @BMWchamps for letting me use this thing during the week! #i8 pic.twitter.com/yd5rdc9KQO

Taking the new i8 out for a spin this afternoon. Thanks @BMWchamps! pic.twitter.com/qKSikUcAvt The $135,700 car is probably one of the coolest (and most expensive) courtesy cars on tour, and certainly one that no golfer would be upset about driving. The No. 1 player in the world clearly wasn’t mad about driving it, and he’s pretty happy about his season so far, as well

McIlroy took some time to answer a few questions about the car and his year, while driving the i8, of course.