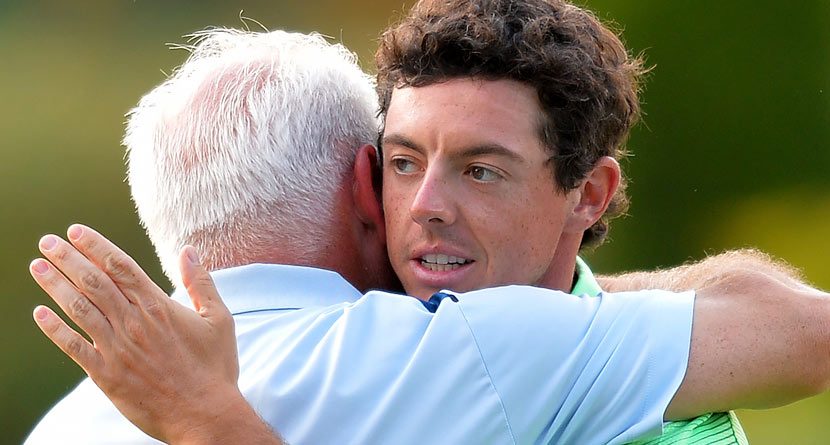 Often, fathers tend to talk up their children as if they’re the “next big thing” in their respective sport. Few, however, are willing to bet £400 (or $683) on their child to win a championship, never mind a major championship.

Gerry McIlroy is one of those fathers. And that’s exactly what he did.

McIlroy won his first Open Championship on Sunday, securing his father’s bet in what was the last year for him to do so.

Yes, it was by the age of 25. So I asked the man himself. This year still counts.

I’m sure Gerry is fairly well-off with his son being a three-time major champion and now the No. 2 golfer in the world, but that’s a lot of cash for anyone to win. And Rory knows how happy his father’s friends will be:

‘The other 3 men that he did that with, they’re going to be very happy.’ Rory McIlroy on the bet his dad made that will pay them $300K

That is, as long as whoever the bet was with pays up…

Big question now is: Who did Rory’s dad & friends place their bet with? Where is he/sportsbook?

Regardless of what happens, it’s a great story. One that you hear about once in a lifetime. How many fathers do you know that would make a bet like this? Probably not many.