The Rules of Golf Can Be a Gift If Used Correctly 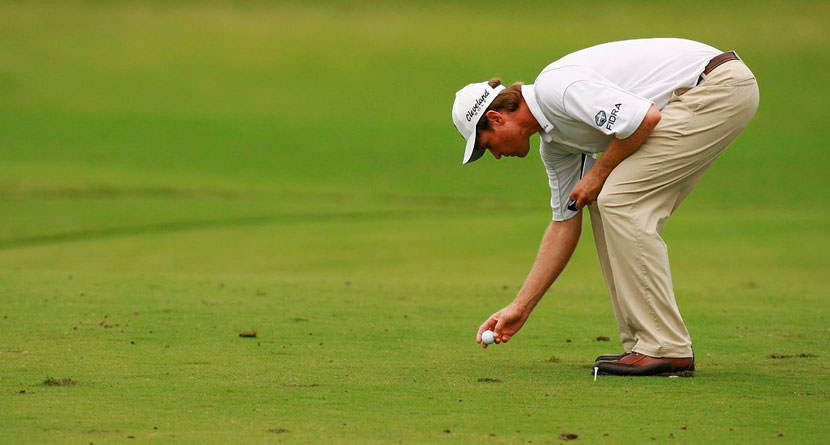 That very special time of the year is here when we are wrapping presents and surprising our loved ones with gifts. Did you know that the Rules of Golf are also in the gift-giving mode? Many players do not realize this because their perception of the Rules has been tainted by various penalties they have incurred.

For them, the Rules are more Scrooge-like than Santa-like, having received too many “lumps of coal” in the form of penalty strokes.  The key to discovering the many “gifts” that are available within the Rules is having a good working knowledge of the Rules; otherwise these “gifts” will go unnoticed.

Here are a few examples of the many “gifts” available within the Rules:

– Your ball comes to rest in a pristine greenside bunker.  However, another player makes a pitch shot from behind the bunker, ejecting a divot that lands right behind your ball.  Ordinarily, Rule 13-4 [Ball in Hazard; Prohibited Actions] would prevent you from removing that divot, which is a loose impediment, from the bunker.  However, your “gift” in this case is found in Decision 13-4/18 [Partner’s, Opponent’s or Fellow-Competitor’s Divot Comes to Rest Near Player’s Ball in Bunker].  This Decision states, “A player is entitled to the lie which his stroke gave him.  Accordingly, in equity (Rule 1-4), the divot may be removed without penalty.”

– As you approach your ball lying in a brushy waste area, you notice a snake near your ball.  Rule 13-1 [Ball Played As It Lies: General] states, “The ball must be played as it lies, except as otherwise provided in the Rules.”  Thankfully, you do not have to endanger yourself by trying to play your ball as it lies, or even trying to retrieve your ball.  In this case, your “gift” is embodied in Decision 1-4/10 [Dangerous Situation; Rattlesnake or Bees Interfere with Play] which states, in part, “If the ball lay through the green, the player may, without penalty, drop a ball within one club-length of and not nearer the hole than the nearest spot not nearer the hole that is not dangerous and is not in a hazard and not on a putting green.”

– At the teeing ground, an undetached divot is folded over and situated just behind where you would prefer to tee your ball. According to Decision 13-2/5 [Replacing or Removing Undetached Divot], a divot which is not completely detached is not a loose impediment.  It is something fixed and ordinarily its removal or replacement would be a breach of Rule 13-2 [Improving Lie, Area of Intended Stance or Swing, or Line of Play] as the lie and area of intended swing would be improved.  However, your “gift” in this situation is found in an overriding statement within Rule 13-2 which advises, in part, “… the player incurs no penalty if the action occurs … in creating or eliminating irregularities of surface within the teeing ground….”

– You are playing right into the sun on a par-3 and, almost immediately, you lose sight of your tee shot.  When you arrive at the green, your ball is no where to be seen.  After you search around the perimeter of the green, you start plowing through the bunker in front of the green desperately trying to find your ball within the five-minute search period allowed by Rule 27-1c [Ball Not Found Within Five Minutes].  Failing in that effort, you return to the teeing ground, playing under penalty of stroke and distance. When you successfully find the center of the green with your second tee shot, you are hopeful of one-putting and escaping with just a bogey.  At that point, someone discovers that your original ball is in the hole.  In this case, your “gift” is presented in Decision 1-1/2 [Player Unaware He Has Holed Out Puts Another Ball in Play] which indicates that you actually completed play of the hole the moment you holed the original ball.  Merry Christmas … instead of hoping for a bogey, you got a hole in one!