Rules: When Are Certain Things “Untouchable”? 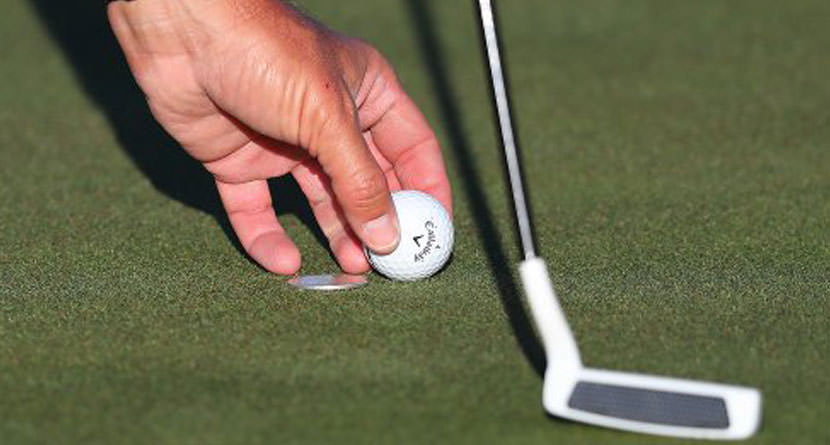 “The Untouchables” was a popular television crime drama that aired from 1959 to 1963, and focused on the efforts of an actual group of Prohibition agents employed by the U.S. Department of the Treasury in the 1930’s that helped to bring down the Chicago-based bootlegging empire of “Scarface” Al Capone.

In the series, Robert Stack played the role of lead agent, Eliot Ness, whose group of handpicked agents was nicknamed “the Untouchables” for their bravery, high moral character, and incorruptibility.  “The Untouchables” was also the name of the 1987 film starring Kevin Costner as Eliot Ness and Robert De Niro as Al Capone.

The purpose of this article is to make you aware of some of the “untouchables” that you might encounter on the golf course.  In this context, if you were to touch or move one of these “untouchables” during your round, you might be subject to a penalty!

Note that most of these “untouchables” are usually touchable without penalty, but they often become “untouchable” because of their specific location on the golf course and/or their proximity to your ball in play.

– For the most part, per Rule 18-2 [Ball at Rest Moved by Player …], you may not purposely touch or move your ball in play. Of course, there are exceptions to your ball in play being “untouchable.”  For instance, there is no penalty if you purposely touch your ball with a club in the act of addressing the ball, provided your ball does not move.  Also, various Rules give you the authority to touch your ball in play, e.g., when taking relief from some condition on the course, such as an abnormal ground condition or an immovable obstruction.  When your ball is on the putting green, Rule 16-1b [The Putting Green: Lifting and Cleaning Ball], gives you the authority to touch and lift your ball without penalty after marking its position.

– Per Rule 13-4 [Ball in Hazard; Prohibited Actions], the ground and loose impediments in a hazard, and the water in a water hazard, are “untouchables” when your ball is situated in the same hazard. According to the Exceptions to Rule 13-4, there is no penalty if you (a) touch the ground or loose impediments in any hazard or water in a water hazard as a result of or to prevent falling, in removing an obstruction, in measuring or in marking the position of, retrieving, lifting, placing or replacing a ball under any Rule or (b) place your clubs in a hazard.  Also, you may smooth sand or soil in a hazard provided this is for the sole purpose of caring for the course and nothing is done to breach Rule 13-2 [Improving Lie, Area of Intended Stance or Swing, or Line of Play] with respect to your next stroke.

– According to Rule 18-3b [Ball at Rest Moved by Opponent … Other Than During Search], your opponent’s ball is normally an “untouchable.” For example, you are not permitted to mark and lift your opponent’s ball on the putting green, except when your opponent has already given you the authority to do so per Rule 20-1 [Lifting and Marking].

– According to Decision 23-1/5 [Removal of Insect on Ball], a live insect on a ball in a hazard is an “untouchable.” This Decision states, in part, “A live insect is not considered to be adhering to the ball, and therefore is a loose impediment ….  If the player’s ball lies in a hazard, the insect is considered to be in the hazard and the player may not touch or physically remove the insect from the ball (Rule 13-4c).”