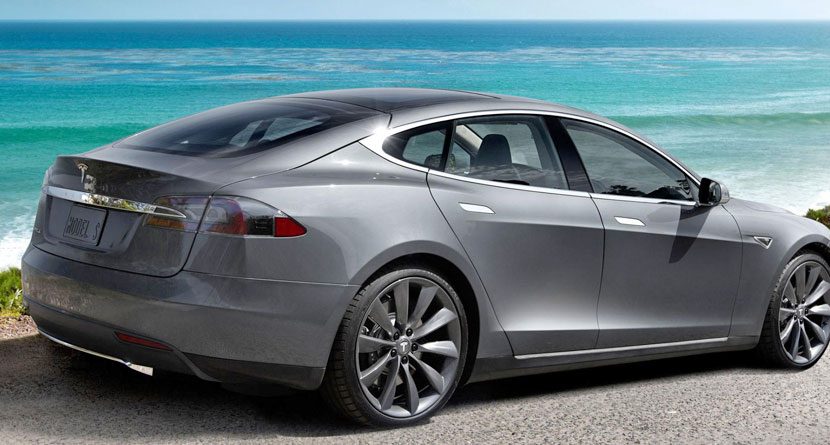 So it’s pretty safe to say this season will be better than last for Moore. With that security, he splurged on a 2013 Model S Tesla shortly after his 31st birthday last month.

“Honestly, I smile I think every time I get in it and get to drive it around,” Moore said. “It’s that awesome.”

Yeah, it’s not bad. MSRP for base models hovers around $70k, and the performance models are up around $90k. The Model S goes from 0-60 mph in 5.4 seconds and tops out at 125 mph. It comes with three battery options, lasting anywhere from 230-300 miles, and can be plugged into a standard 120-volt wall outlet.

Best yet, as Moore mentions, it fits four grown men and four sets of golf clubs.

He may not be sponsored by the automaker yet, but if Moore keeps racking up wins, he may have some more Teslas in the garage.