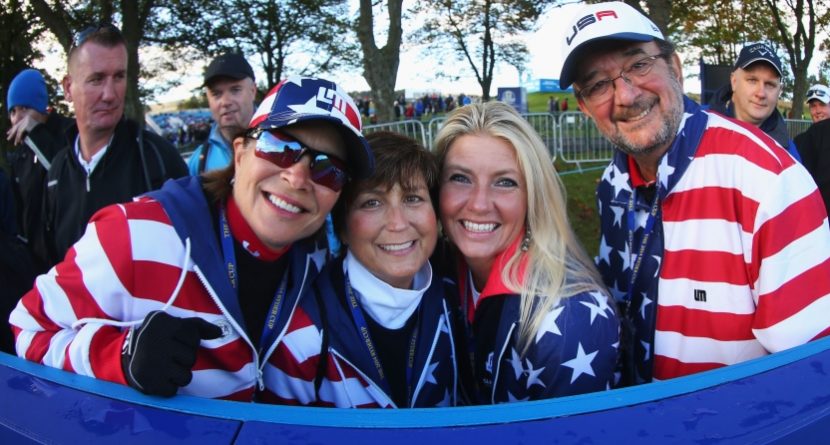 Want to go to the 2014 Ryder Cup this week? Chances are you’ll need to max out a couple credit cards to do so.

According to a report by the London Telegraph, Ryder Cup tickets were being sold for as much as $1,640 on various secondary ticketing websites. This was all being done despite a recent decision by tournament officials to bar any non-direct ticket buyers from entering the premises. So much for rules, eh?

Popular secondhand online ticket retailers like Stubhub or Viagogo have been said to encourage “unauthorized resale of tickets” – somewhere around 135,000 tickets, at that — despite the aforementioned tournament disclaimer.

“All spectators should be aware that they could be subjected to random security searches and every ticket is checked at our security points,” a Ryder Cup spokesperson said. “It is not required that photo ID ticket holders carry alternative photo identification, as their picture is on their ticket. Selected ticket types do not have photo ID on them, but every ticket is allocated to an individual by the organisations that bought them.

“Therefore, those ticket holders are advised to carry alternative photo identification so that they can be verified as rightful holders of their ticket should it be necessary to do so. Anyone found to be carrying a ticket not allocated to them personally will be refused entry as our number one priority is the safety and security of the Ryder Cup site.”