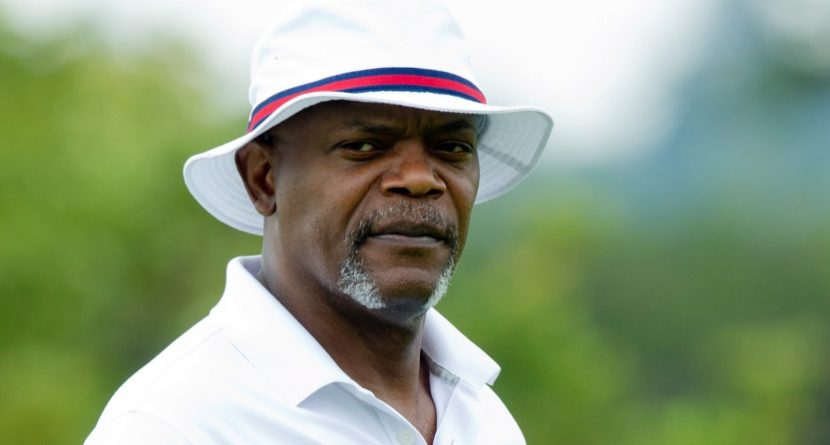 A couple years ago, Samuel L. Jackson became the highest-grossing actor of all-time. You think that might give him some sway when he negotiates his contracts for movies?

Then it’s no surprise he’s now able to get a golf clause inked into his movie deals.

“They have to let me play at least twice a week,” Jackson told CNN’s Living Golf. “Generally they either move me onto a golf course or I join a club so I can play there.”

Must be rough. Jackson’s handicap the past few years has fluctuated in the 5-to-8 range, largely because he’s able to get in so much time on the links. The lucky man says Augusta National is the best course he’s played, topping other gems such as St. Andrews and Pebble Beach.

Does it get any better than making movies and playing golf? How about playing golf with celebrities and raising money for charity? Yeah, Jackson does that too.

Isn’t about time, then, that Jackson does a golf movie? His characters are notorious for yelling and intimidating people; that’d work perfectly for a new “Caddyshack” movie. No?

Well, he must make so much dough because he picks the right movies. Here are a few of his most memorable ones:

And more of his best character, Jules Winnfield in “Pulp Fiction”:

Related Links: Behind the Scenes at Callaway’s Golf Heaven