Save the Date: RippedLinks Set For September Debut 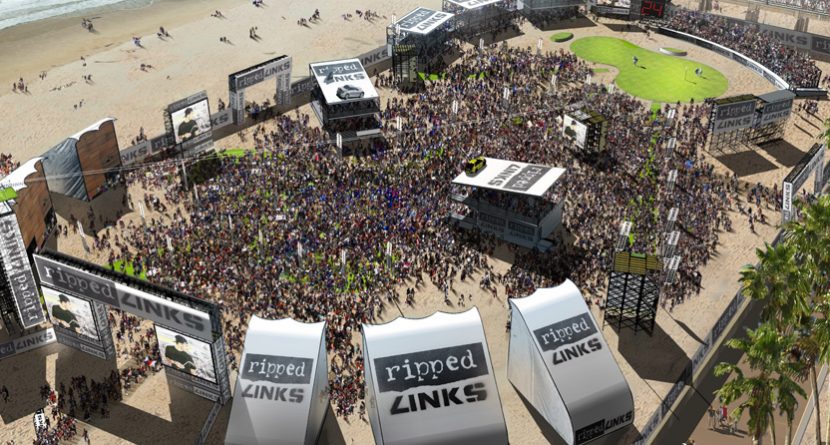 In December, we introduced you to Philip Davis and Colin Weston’s revolutionary concept aimed at growing the game of golf by “targeting two underserved groups: youth and women.” Now, RippedLinks — the golf-meets-X-Games golf tournament — is set to debut in Vancouver on Sept. 7.

“It’s exciting, it’s exhilarating,” Weston said of the announcement. “It’s all the emotions tied into one.”

After months of trying to secure sponsors, synthetic greens, players and a venue, the dream is nearly a reality for Weston and Davis. With designs on a 2015 RippedLinks Tour, the creators still have to work out the kinks and bugs that come with any new product. Yet they are excited to see the event go from the pages of a press release to real life.

“[The first event] will be a learning experience for all of us,” Weston said. “We’re excited to see the things that work, things that don’t, things that we never thought were a possibility until we saw it on its feet.

“We’ve received very positive feedback on our fully developed event concept and scalable business model. Time and time again, whether its Taylormade or Oakley, people have asked, ‘How many events have you staged so far?’ When we tell them ‘none,’ they all say, ‘Well, let us know when you have one.’ So that’s what we’re doing.”

With a little less than two months to go, RippedLinks is still looking for some funding. The RippedLinks Tour announced on Twitter late last week that it was running a crowd-funding campaign, giving unique opportunities to those donating to the cause: stickers, V.I.P. experiences, admission to the event, and a chance to actually play the RippedLinks course.

So what will the RippedLinks debut event be?

“Nine players in groups of three; whoever wins from each group moves on to the next round,” Weston said. “Compelling story lines build but don’t draw it out. It’s the exact same length as an MLB, NFL or NBA game. Since RippedLinks is so much about the fan experience, we’re even letting them choose two of the players.”

“RippedLinks is like a non-stop golf highlight reel,” Weston said. “It’s like the Phoenix Open’s 16th hole on steroids with an action sports vibe.”

You can visit the RippedLinks Indiegogo campaign page for more information and to contribute to the effort to grow the game and create an event that appeals to a younger audience.