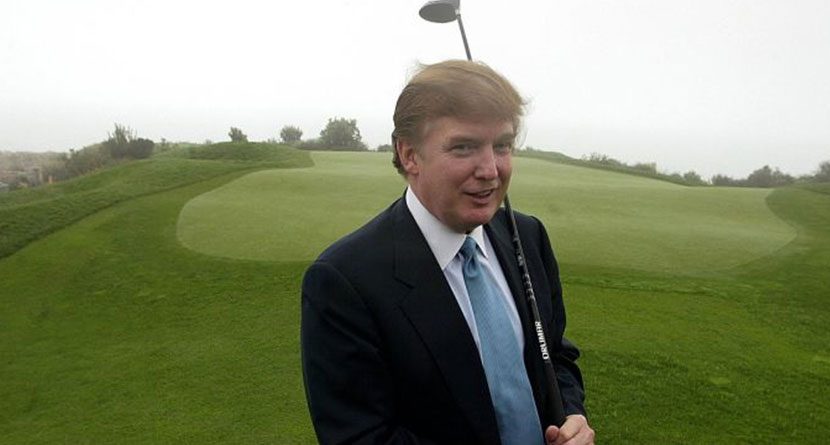 A trio of United States Senators have entered the fray as it pertains to the United States Golf Association hosting one of its biggest events at a golf course owned by Republican nominee for President, Donald Trump.

“The decision that the USGA makes is more consequential than simply the geographic location of a golf tournament,” the Senators wrote in a letter dated Tuesday. “In declining future association with a brand that degrades women, the USGA and LPGA have an opportunity to make clear to the world, and most especially young Americans, that our nation will not tolerate nor do business with any company that condones or excuses action that constitutes sexual assault.”

It’s not the first time the decision to hold the tournament at Trump National has drawn criticism. In July Martha Burk wrote a story for the Huffington Post about protesting the 2017 U.S. Women’s Open. “The objection is to one of the ruling bodies of golf kowtowing to Trump’s overtly racist and sexist views,” she wrote. “That shows where the USGA really stands, despite the lip-service-only condemnation a year ago.” LPGA players were reluctant to question the decision, according to Golf Channel.

“There’s not a whole lot I can do about it,” Stacy Lewis said. “As players, what are we going to do, just not show up and not play the U.S. Women’s Open? I don’t think people are going to do that. You just have to rely on the governing bodies. I’m sure they will be prepared for everything that week. We have to rely on them.”

In an email, USGA spokeswoman Janeen Driscoll said the USGA stands by its statement made earlier this year.

“During his presidential campaign, Mr. Trump has made some remarks that are at odds with our belief that golf should be welcoming and inclusive for all. We have reiterated for more than a year that we do not share his views, and that is still true,” the statement read. “With the 2017 U.S. Women’s Open less than a year away, our focus is still on conducting an excellent championship for the players, the spectators, the fans, and the volunteers. Beyond that, we simply will not comment on politics.”