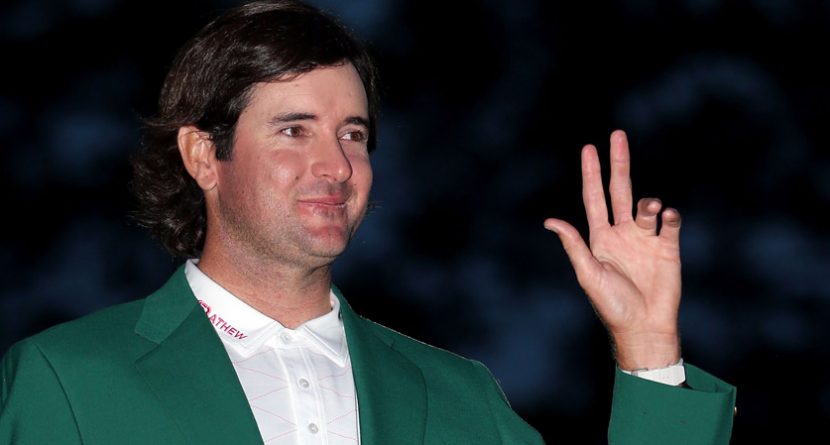 Not just any Masters winner came up with the idea of the Champions Dinner. It was Ben Hogan, in 1952, who suggested and hosted the first celebration of the champions of Augusta National.

In the 61 years that have followed, multiple generations of the game have gathered together to dine and reminisce.

Bubba Watson joins that dinner party Tuesday night, hosting the 2013 Champions Dinner. Watson has been mum about the menu, but we can share what has been served for the last decade, courtesy of About.com, and how they finished in their title defense.

Phil Mickelson, 2011: A Spanish-themed menu with seafood paella and machango-topped filet mignon as the entrees. Also includes a salad course, asparagus and tortillas as sides, plus ice cream-topped apple empanada for dessert.

Tiger Woods, 2003: Tiger brought back the porterhouse steak, chicken and sushi from his 2002 menu. Also on the menu were sashimi, salads, crab cakes, asparagus, mashed potatoes and a chocolate truffle cake.