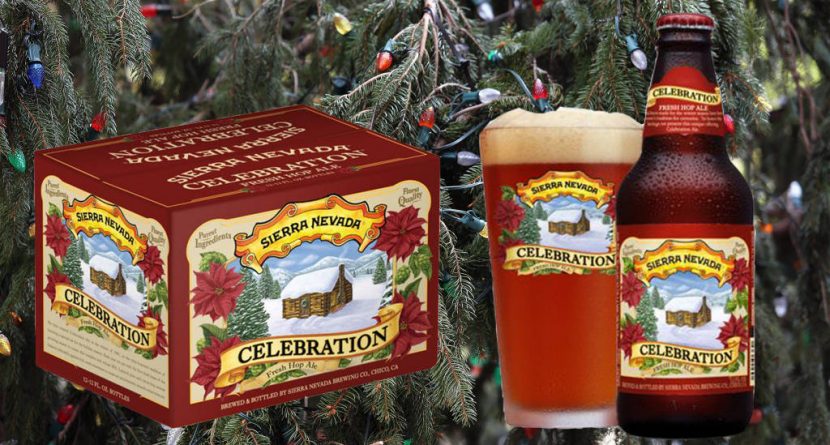 Black Friday? Cyber Monday? Whatever. No matter how you slice the pumpkin pie, the holiday season is upon us, and that means a bounty of Christmas beers and their offspring.

We’ll mention a few in the weeks to come, but let’s start with one of the best and most easily-found nationwide, Sierra Nevada’s Celebration Ale.

True, I might have singled out Anchor Brewing, since the San Francisco brewer can rightly be credited with igniting the holiday beer trend when it produced its first Our Special Ale back in 1975. Almost every craft brewer now produces some kind of unique offering for the holidays or winter. But I haven’t yet found any Anchor 2012 on the shelves.

Celebration Ale is likely the nation’s second-oldest continuously produced festive brew-since 1981-and, unlike many descendants, it eschews any added spicing or special flavorings. It’s just a classic American IPA-water, malt, hops, yeast-with the emphasis on the hops: Chinook goes into the boil for bittering, and the beer is finished and dry-hopped with Centennial and Cascade, leading to the resinous and grapefruit aromas bursting from the glass.

While bracingly bitter, the beer has a firm malt backbone that balances it out beautifully and contributes to the 6.8% ABV heft. Those who have never had it owe it to themselves to give it a try.

Contrary to rumors that sometimes swirl about Celebration Ale, the recipe is not new every year. Actually, it’s been the same since 1983. Nor is it a beer to lay down for cellar storage. Enjoy the hop freshness now, while it lasts, and which is reason enough for celebration.