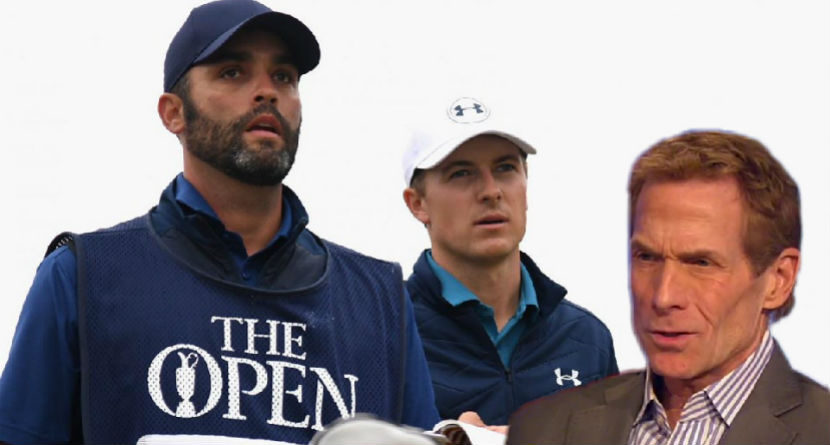 While Jordan Spieth was out at Royal Birkdale putting on a virtuoso performance for the ages, Fox Sports’ Skip Bayless offered up his “expert” golf opinions on the now three-time major winner…and it’s probably exactly what you’d expect.

Bayless not only took issue on how long it took Spieth to play the par-5 13th on Sunday but also expressed his disdain for the reliance Spieth has on his caddie, Michael Greller.

Not fair what Jordan Spieth did to Kuchar on 13. Spieth, slowest player on Tour, took forever to make decisions. Kuchar lost mo in wet cold.

Then he went on to proclaim Spieth is a “psychological mess.”

Spieth is the mentally toughest psychological mess in golf history. Never seen such a great player so dependent on caddie. Jordan Greller.

Spieth was so lucky he hit 3rd shot on 13 fat. He thought it was in trouble (sand/weeds). Had clean pitch to make terrific up/down for bogey

And last but not least, Bayless assumed the role of playing armchair rules official:

Spieth obviously got all-time hot after bogey escape. But his twosome already on clock for slow play. Should be penalty clock between shots.

At the end of the day Jordan Speith is now Champion Golfer of the Year and Skip Bayless is still – Skip Bayless.