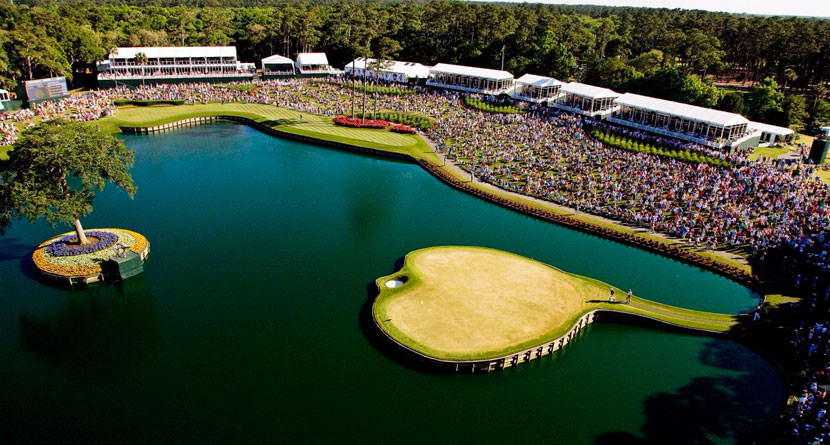 Gareth Bale is one of the most famous and richest soccer players in the world. Those luxuries afford him a few perks that most people aren’t able to afford, or in Bale’s case, commission.

The cost of designing a golf course can reach the hundreds of millions of dollars, and luckily for Bale, he’s in the midst of a $196 million contract with Real Madrid, so with money being no object, Bale went ahead and had the 17th hole at TPC Sawgrass replicated in his backyard, lake, island green, railroad ties and all.

First look at Gareth Bale’s replica of the signature par three, 17th at Sawgrass in his own back garden. pic.twitter.com/acXm7YmEZJ

Bale has a fountain to keep stagnant water aerated. Talk about a unique sign of Bale’s golf obsession.

Bale warned us all that this was coming. In 2015, he told reporters that he had plans to build tributes to three of the world’s most famous golf holes. He didn’t say how much money he was going to spend, but we’re guessing it will make our eyes itch when it becomes public.

After Sawgrass’ 17th, Bale said he was going to have the par-3 eighth hole at Royal Troon (the Postage Stamp) followed by the par-4 11th hole at Augusta National.

Yes, a par 4 … in his backyard. The folks at Augusta National might be so impressed they’re let him do it.

Building one of the toughest holes at Augusta National seems out of whack. It’s more likely he meant to say the par-3 12th, the iconic short par-3 that sits on Rae’s Creek, which would be a fine addition to his three-hole par-3 course of some of the best and most recognizable holes in the world.

Either way, the 17th from Sawgrass is a good start to any backyard.