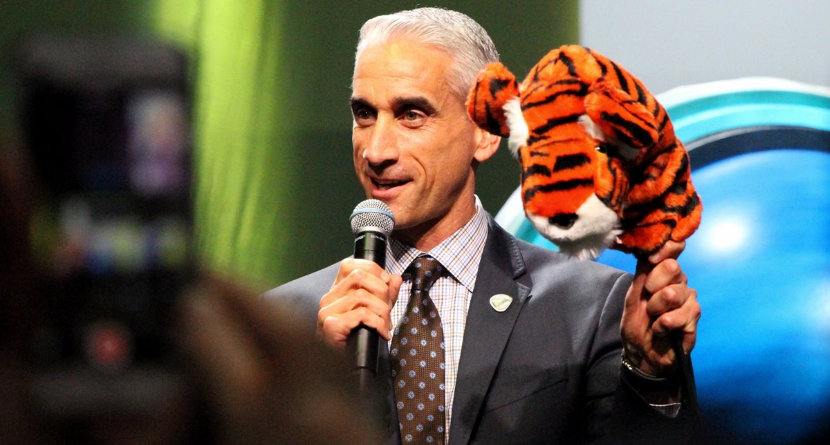 Last May, adidas decided to shop their three golf brands – TaylorMade, Adams, and Ashworth – to potential buyers at a starting price of a cool $500 million. As of this week, not only are they still looking for a suitor, according to sources, the company is now facing losses and increased competition, which is making the sale even tougher.

After attempting to make a splash at the PGA Merchandise Show with the announcement of signing Tiger Woods, the 14-time major winner promptly missed the cut at the Farmers Insurance Open, and then withdrew from the Dubai Desert Classic, leaving his future, as well as the company’s, incredibly uncertain.

Josh Kosman from the NY Post has the latest report on the situation:

Losses at TaylorMade are much greater than many potential bidders anticipated, causing suitors to walk away, sources said.

The golf division that Adidas announced was for sale last May — which includes golf club maker TaylorMade, and the much smaller Adams and Ashworth brands — is losing between $75 million and $100 million a year, according to sources close to recent deal talks.

That is quite a fall from 2013 when TaylorMade was posting $1.7 billion in sales and a healthy profit, sources said. Today, sales are a little better than $500 million.

Adidas last year was asking for more than $500 million for the business, but now may have to give it away, a source who considered making a bid said.

Additionally, there is a new problem on the horizon. TaylorMade’s reputation is largely based on its market-leading drivers. Rival Callaway last month introduced a completely new driver, the Epic, which takes direct aim at TaylorMade. A suitor may now wait a few months to see if Callaway becomes the main driver in the industry, the source said.

Adidas needs to find a buyer for the golf equipment brands in the next three months or it will likely have to either shut them down or keep them in house and work at reducing losses, sources said.

As stated, this is a report gathered from sources. However, there are some folks in the industry that beg to differ:

Adidas financials say @TaylorMadeGolf has sales of $733M for the first 9 months. I think NY Post is wrong: https://t.co/ZOlYamC4jX

TaylorMade does still have Dustin Johnson and Jason Day, current number one and two players in the world respectively, in the stable so that got that going for them, which is nice. But what happens in the next three months could ultimately determine the fate of the company.