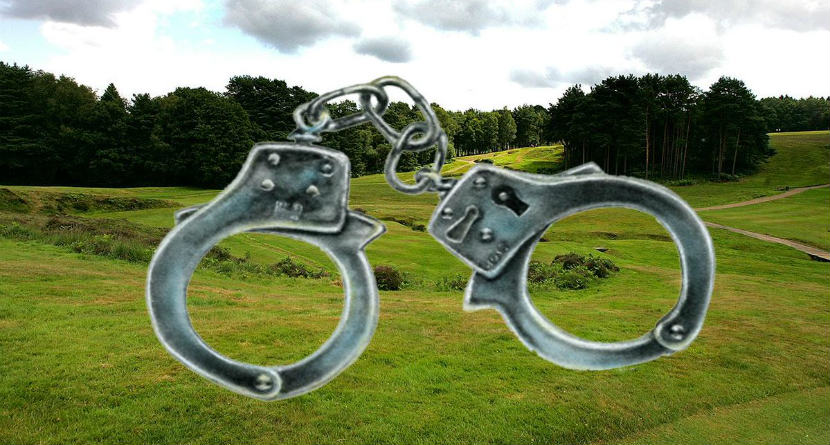 A South Carolina couple was caught in the act on a local golf course this past weekend, and we aren’t talking about working on their swings. On Sunday, police arrested two people for having sex in plain sight on the Tega Cay Golf Club.

The Herald’s John Marks has the lewd report:

Clover residents Dakota Len Payne, 19, and Kiernan Dunne Hennessey, 24, were arrested Sunday after police found them having sex on the eighth hole of the golf course, a report says.

According to a Tega Cay police report, a resident called a little before 7:30 p.m. Sunday after seeing two people lying on the fairway.

The resident told police he thought there may be some medical situation, but after getting his binoculars and looking closer, he saw the couple engaged in a sex act.

A South Carolina couple was caught having sex on a local golf course https://t.co/tj4fVsyJZ3 pic.twitter.com/5dELuaqHX9

Another pair of witnesses later told police they saw the couple from the tee box, but initially thought them to be a deer on the fairway.

Both were arrested and charged with indecent exposure.

At this point, it’s fair to say they’d probably like a mulligan.