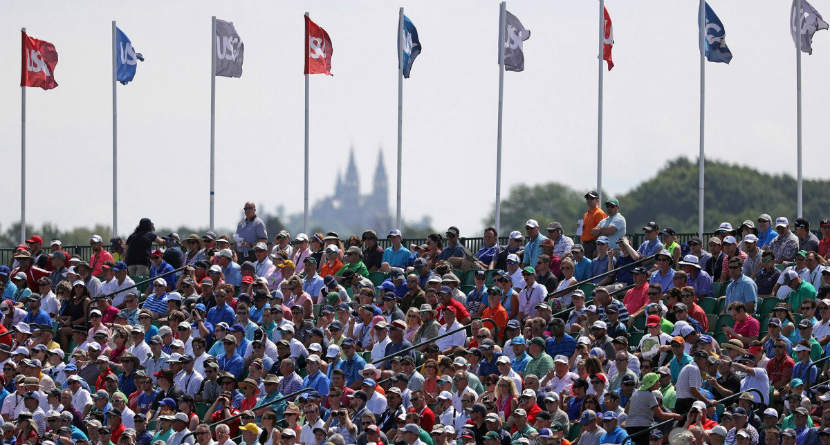 Some more unfortunate news came out of Erin Hills on Friday as a spectator attending the U.S. Open died on the golf course. This comes just a day after a commercial blimp crashed and exploded in a nearby field.

ESPN’s Bob Harig has the report:

A 94-year-old spectator attending the U.S. Open at Erin Hills died on Friday after he was reported to be without a pulse near the sixth green.

Washington County Sheriff’s deputies stationed at the event responded within minutes of a call and administered CPR. The unidentified man, of Wauwatosa, Wisconsin, was transferred to an on-site ambulance, where he was pronounced dead. According to the sheriff’s office, the man appeared to have died of natural causes.

“The USGA was saddened to learn that a spectator at Erin Hills passed away a short time ago,” the organization, which runs the U.S. Open, said in a statement Friday afternoon. “Out of respect for the family, we are unable to provide additional information at this time.

“Our thoughts and prayers are with those surrounding this individual during this difficult time.”