Speedgolf Champion Shoots 76 In Under An Hour 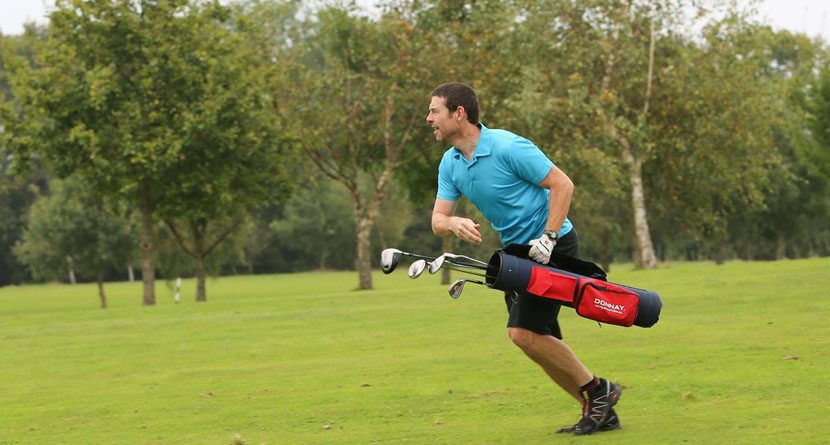 Some people would say that golfers aren’t athletes. Those people would be wrong, but they’re entitled to their own opinion. For those who still have doubts, check out Speedgolf.

The goal of the game is to finish a round of golf in the fewest number of strokes, as fast as possible. Does it sound athletic now?

On Sunday, the first ever British Speedgolf Championship took place in England, and the results were staggering. The winner of the tournament was George Scott — decked out in Loudmouth gear, of course — finishing his round of 76 in 57 minutes and 28 seconds.

Speedgolf may not catch on around the world, but it’s definitely a way to make the game more exciting. And shooting 76 in under an hour is pretty physically demanding, no matter who you are. I just haven’t figured out how you play in a group of four.