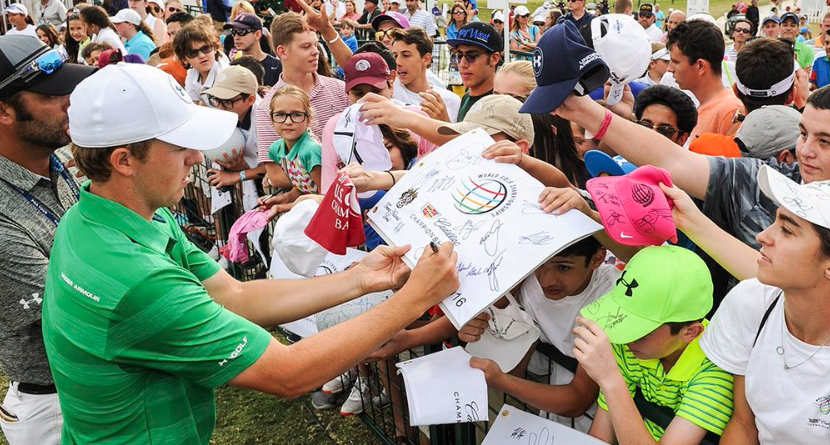 Jordan Spieth is mature beyond his years. From his press conferences to his post-round interviews, he always seems to have the perspective of PGA Tour veteran. After putting together one of the all-time great seasons last year, it appears the 23 year-old still can relate to his millennial brethren.

During the first round of the Barclays at boisterous Bethpage Black, Speith was asked by a stereotypical frat boy to sign his empty aluminum can of Bud heavy while walking back to the tee. Jordan had the option of keeping his head down, but instead looked up, saw the Aussie Titleist hat/Greek letter t-shirt combo and felt compelled to help a brother out.

Like a true pro, Jordan used his own Sharpie! Only in New York…


Jordan Spieth signing a bottle of Budweiser. #TFM Send your photos and videos to Instagram@totalfratmove.com