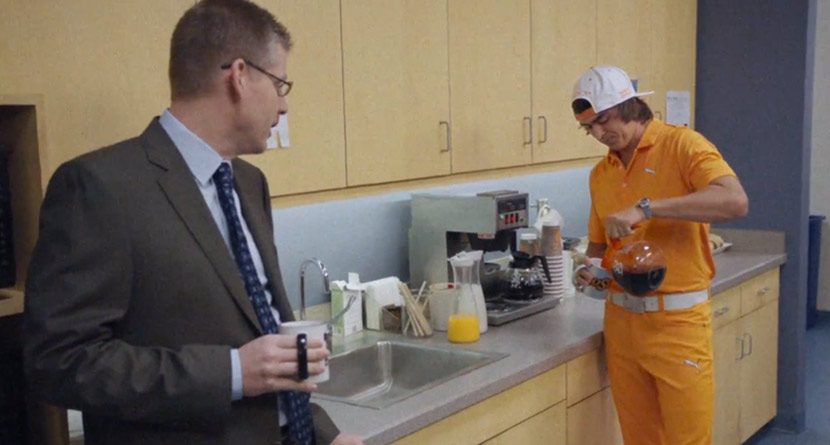 The ESPN “This is SportsCenter” commercials that we’ve all come to know and love just released a new spot starring Rickie Fowler. The often-hilarious spots starring ESPN staff and currently-trending athletes place the latter in a typical cubicle-farm office setting, or an office break room.

In Fowler’s commercial, SportsCenter host John Anderson is enjoying a cup of coffee when Fowler groggily strolls into “work” to grab his morning cup of Joe. Hilarity ensues.

Looks like Anderson has solved the mystery on why Fowler prefers wearing brightly-colored outfits on the golf course. In all seriousness, Fowler told ESPN’s Front Row that he had a great time filming the spoof.

“It was a lot of fun alongside John Anderson,” Fowler said. “I think it might actually be funny. I was questionable when I saw the script on how it would turn out and how good it would be so I think it’s actually going to turn out really good.”

Other Hot Links:
– 2013 Open Championship Preview
– Gary Player: ‘America Lives On Crap’
– Is Howard Stern the King of All Drives?