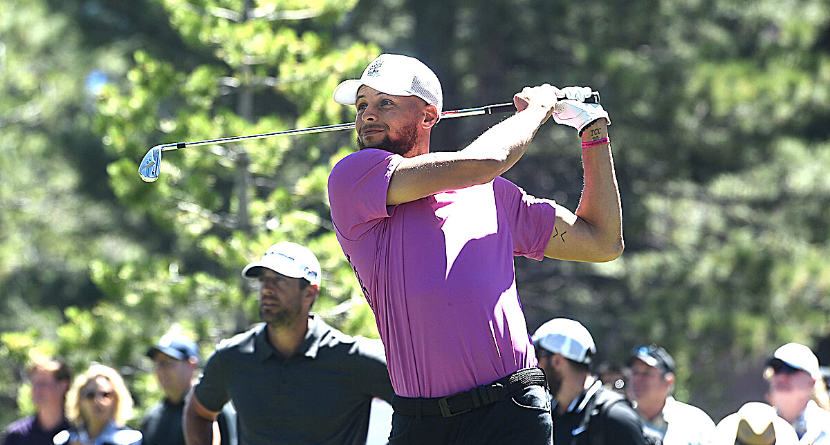 Steph Curry may have grown up the son of an NBA player, but he still knows what it’s like to be overlooked. Under-recruited and considered undersized coming out of high school, he wound up starting his own basketball career at a mid-major, Davidson College, before emerging as an elite professional prospect selected with the seventh overall pick in the 2009 NBA Draft by the Golden State Warriors.

In that spirit, Curry — a two-time NBA MVP and three-time champion who at 34 is already the most prolific 3-point shooter in history — founded his own sports and entertainment brand, Underrated, in 2019 to help young athletes who fit that profile realize their dreams. And after the natural starting point of launching a basketball tour that’s similar in scope to what you might find on the AAU circuit, Curry has turned his attention to another one of his passions — golf.

It’s been in the works for years.@StephenCurry30‘s new golf tour will feature:

➖ Meals
➖ Travel
➖ Hotels
➖ Elite PGA Tour venues
➖ Conclusion in Bay Area
➖ “A platform for equity, access, and opportunity for those who can’t get their big break”

And it’s all paid for. pic.twitter.com/NhYX4JtYzx

Curry on Thursday revealed plans for the Underrated Golf Tour, a junior golf league with the expressed mission of helping underprivileged and unheralded young stars reach their potential. The circuit will shine the spotlight on 24 boys and girls and supply them with meals, hotel accommodations, entrance fees and access to some of the best courses in the country as they compete for the inaugural Curry Cup.

“Less than 2 percent of golfers are people of color,” Curry said in a video. “This provides a platform for equity, access and opportunity for those who can’t get their big break, but also who want to play head-to-head with some of the best players on the AJGA.”

A +2.2 handicap who has competed on the Korn Ferry Tour, Curry has long been an advocate for making golf more accessible.

For more information on the Underrated Golf Tour, such as how to register a young golfer you know, click here.