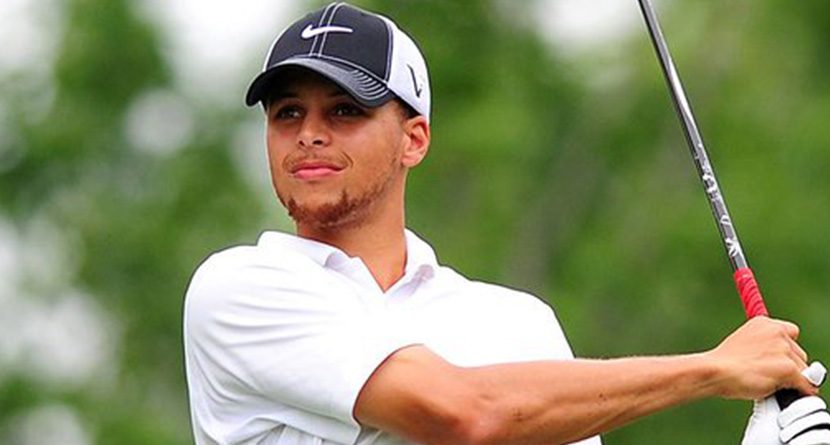 Augusta National has a special power over every golfer and NBA stars Stephen Curry and Andre Iguadala are no exception.

The Golden State Warriors stars scored a tee time at the home of the Masters on Tuesday, according to ESPN, a payoff to a promise made by their coach, Steve Kerr, during last season’s NBA Championship run. To say a tee time at the National can be credited for the Warriors 4-2 series victory over LeBron James’ Cleveland Cavaliers is a matter of opinion, but it certainly didn’t hurt.

Iguodala, who earned the Finals MVP award, had the round at the front of his mind as soon as the final buzzer sounded last June.

Back in June, seconds after winning the title “we going to Augusta!” Kerr keeping his promise, taking Andre & Steph pic.twitter.com/6YB7QnGMC3

Following the Warriors’ 50th win of the season on Monday night over the Atlanta Hawks, Kerr paid up on his promise. The team had a day off before a Wednesday night showdown with the Miami Heat, so Curry, Iguodala, team executive Jerry West and team owner Joe Lacob popped on down to Augusta for a round of golf.

Details about their round have yet to emerge, but we trust that some intrepid reporter will get the scoop at Wednesday’s shootaround.

And by the way, if Kerr just promised a round of golf at Augusta National for winning the NBA title last year, you’d have to think he upped the ante given the team’s performance so far this year. Who knows, there might be a couple of members green jackets getting sized up for Curry and Iguodala at this point.